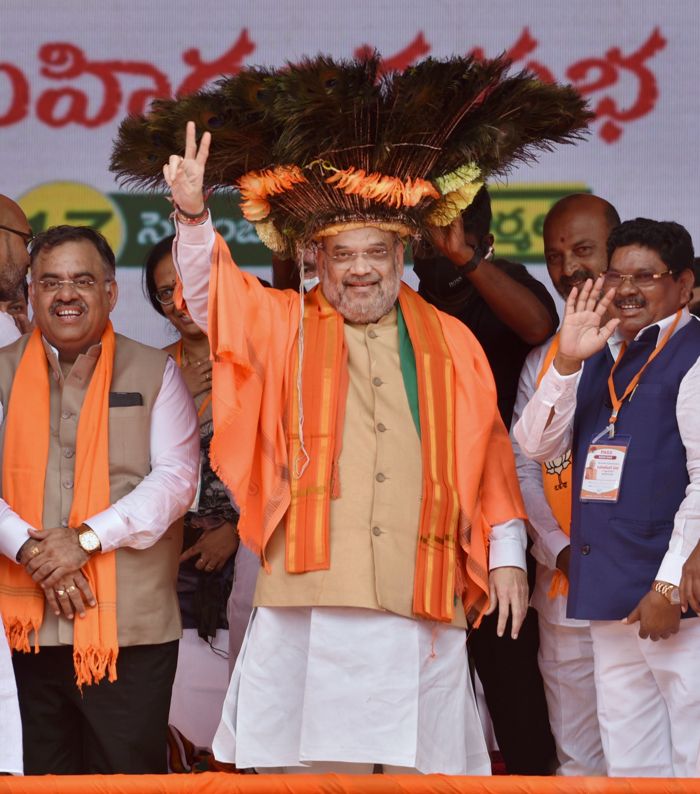 Amit Shah at a function in Nirmal, Telangana, on Friday. PTI

Observing that the Congress is on the decline in the entire country, top BJP leader and Union Home Minister Amit Shah on Friday said, “Congress cannot be an alternative to the ruling (TRS) Telangana Rashtra Samithi in Telangana and that the BJP alone can.”

Noting that people of Telangana are with the BJP as was seen in its success in the 2019 Lok Sabha poll and subsequently in the Dubbak Assembly bypoll and the GHMC (Greater Hyderabad Municipal Corporation) elections (last year), he indicated that the TRS had to take AIMIM’s (All India Majlis-e-Ittehadul Muslimeen) help (post-civic polls). — PTI