Says it goes against party’s core ideology and Gandhian and Nehruvian secularism. 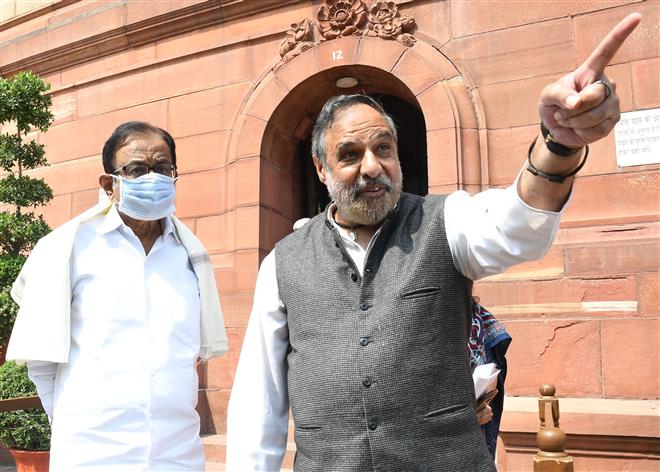 He also said the party “cannot be selective in fighting the communalists” and it must do so in all its manifestations, irrespective of religion and colour.

Sharma, a former union minister and a leader of the group of 23 which had written to Congress president Sonia Gandhi demanding organisational overhaul, said the issue of a tie-up with a radical party like the ISF should have been discussed and approved by the Congress Working Committee (CWC).

The CWC is the highest decision-making body of the party.

Sharma is a member of the CWC and the deputy leader of the Congress in Rajya Sabha.

The Congress is contesting the West Bengal assembly elections in alliance with the Left and ISF, but is fighting the CPI-M in Kerala as the principal opposition party.

Leaders of the Left, Congress and the ISF addressed a joint rally at the Brigade Parade ground in Kolkata on Sunday.

“Congress’ alliance with parties like ISF and other such forces militates against the core ideology of the party and Gandhian and Nehruvian secularism, which forms the soul of the party. These issues need to be approved by the CWC,” he said on Twitter.

“Congress cannot be selective in fighting communalists but must do so in all its manifestations, irrespective of religion and colour. The presence and endorsement by West Bengal PCC President is painful and shameful, he must clarify,” the senior party leader said.

However, Chowdhury said the West Bengal PCC has not taken any decision of its own.

Any decision in this regard has been taken jointly in consultation with the party leadership, he said.

Sources said the Congress' seat-sharing arrangement is with the Left in the state and the Left parties will accommodate ISF in their share.

Joining the Left and Congress leaders at the dais was Abbas Siddique of the iconic Furfura Shareef and founder of the Indian Secular Front (ISF), a recent member of the opposition alliance in the state.

Sharma and several other ‘G-23’ leaders had gathered in Jammu on Saturday and said that the party was weakening, in an apparent show of dissent. PTI