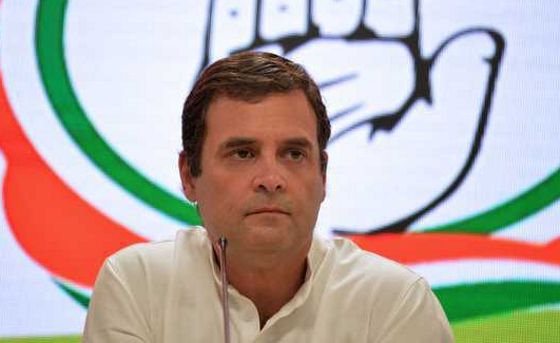 Rahul Gandhi and other Congress MPs today left the meeting of the Parliamentary Standing Committee on defence, demanding an urgent discussion on the Line of Actual Control, Afghanistan and Pakistan.

The discussion was not granted with panel chairman Jual Oram telling Rahul that the agenda listed for the day was “Review of the working of cantonment boards”.

Panel sources said Rahul demanded that the committee be given a briefing on India’s security situation in the wake of the developments along the LAC, Taliban actions post US announcement of troop withdrawal and the situation with respect to Pakistan and J&K.

“Don’t waste our time discussing cantonment boards. We want a briefing on the security issues,” he said, walking out of the meeting even as Oram pointed out that the agenda items were pre-decided and circulated to members in advance.

New Delhi: Leader of Congress in the Lok Sabha Adhir Ranjan Chowdhury was part of the parliamentary strategy group meeting chaired by party president Sonia Gandhi on Wednesday and attended among others by former PM Manmohan Singh. Party sources said Adhir would stay the leader of the LS and his presence in the meeting was indicative that there was no change in the pipeline. tns