Congress chief’s post: Consensus has been the norm through decades : The Tribune India 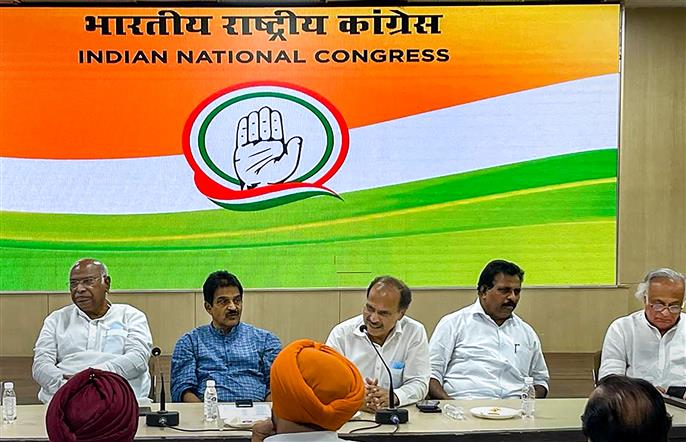 As the Congress presidential election looms, veterans hope consensus will prevail again as it has for the better part of the party’s 137 year history that saw only four contests for the top post.

Dwivedi articulated the line that “consensus is the best form of election”.

Earlier, Mukherjee championed the need for consensus to the top Congress post and famously tried to forge intra-party agreement for Sitaram Kesri who eventually defeated Sharad Pawar and Rajesh Pilot in only the third major election held for the presidential post in Congress history.

Mukherjee even records in his memoirs, “Certain offices should not be sought. They should be offered. Congress presidency to be one such office. The old practice of inviting an eminent person to preside over the annual session of the Congress and that person holding office till the next annual session was truly remarkable. My efforts were always focused at having a unanimously chosen or consensus candidate for the office of Congress president. That is what prompted me to work for a consensus in favour of Kesri, failing which I supported him.”

The tradition of consensus candidates in Congress is rooted in awkward situations that arose within the party in the event of elections.

Kripalani resigned from the Congress to form his own Kisan Mazdoor Praja Party. Tandon had to later quit as Congress president due to differences with Nehru, who was requested to assume party presidency. Nehru stepped in and held the post of prime minister as well as Congress chief from 1951 to 1955. Because Nehru favoured one person one post, UN Dhebar succeeded Nehru as party chief.

Even earlier than 1950, an awkward situation arose when Subhash Chandra Bose defeated Mahatma Gandhi’s candidate Pattabhi Sitaramayya in the Congress presidential election of 1939.

The relationship between Mahatma Gandhi and Bose soured in late 1930s with the larger section of the Congress eventually seeking a consensus candidate for the top post to side step divisions.