His proposal to discuss vaccine agenda was dismissed by BJP, JD-U members 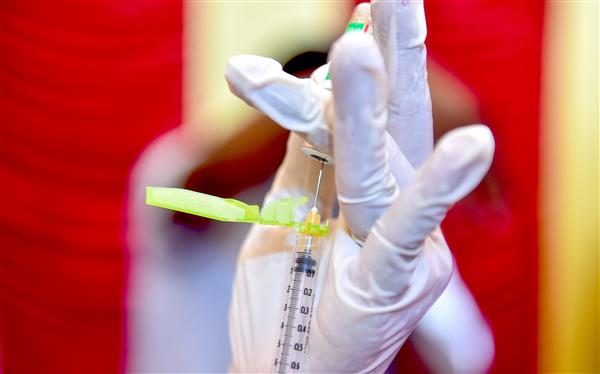 A medic fills a syringe with a dose of COVID-19 vaccine to administer to a beneficiary at a vaccination camp in Chennai on Wednesday. PTI photo

Chowdhury is learnt to have proposed that Covid vaccine procurement and distribution be taken up as an agenda item for PAC investigation for the current year. The agenda was not accepted because there was no consensus on the same.

Under PAC rules consensus is mandatory to take up any subject.

Sources said BJP’s Jagdambika Pal and JDU’s Rajeev Ranjan objected to Adhir’s statement that he attempted to read out at the end of the meeting on Wednesday.

The PAC members said their objection was to the “political statement the chairman was making at a platform which is not meant for political point scoring.”

Congress sources said Adhir was not allowed to speak. The meeting, said sources, ended in a discordant note.

Being the first meeting it was to decide on subjects for the PAC to deliberate upon this year.

This was the first meeting of any parliamentary panel since the second Covid wave hit India.