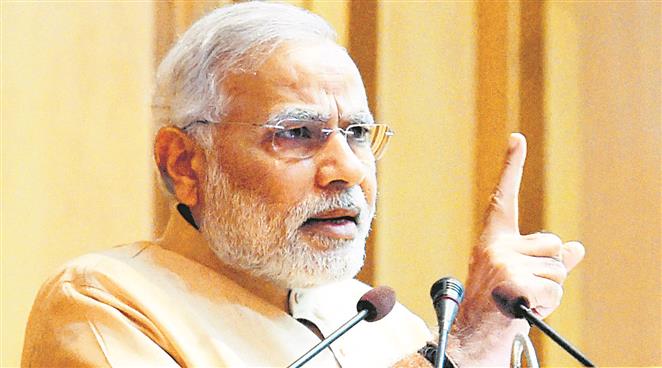 Questioning the PM's intent behind marking the “Partition Horrors Remembrance Day”, the Congress accused him of “using the most traumatic historical events as a fodder for his current political battles”. - File photo

Questioning the PM’s intent behind marking the “Partition Horrors Remembrance Day”, the Congress accused him of “using the most traumatic historical events as a fodder for his current political battles”.

AICC general secretary Jairam Ramesh said, “The truth is Savarkar originated the two-nation theory and Jinnah perfected it. Sardar Patel wrote, ‘I felt that if we did not accept partition, India would be split into many bits and would be completely ruined”.

He asked, “Will the PM also recall Syama Prasad Mukherjee, the founder of the Jan Sangh, who championed the partition of Bengal against the wishes of Sarat Chandra Bose, and who sat in free India’s first Cabinet while the tragic consequences of the Partition were becoming evident?” “The modern day Savarkars and Jinnahs are continuing their efforts to divide the nation,” he said, adding the party would uphold the legacy of Gandhi, Nehru, Patel and others who were untiring in their efforts to unite the nation.

Hitting back, BJP’s IT cell chief Amit Malviya said the two-nation theory was first propounded by Syed Ahmed Khan in 1876, much before Savarkar was even born. “Savarkar and the Hindu Mahasabha had, in fact, opposed the idea of the Partition till the very end,” Malviya claimed.