Chidambaram, who is the AICC Goa poll in-charge, was addressing party workers after inaugurating the state election campaign office in Panaji 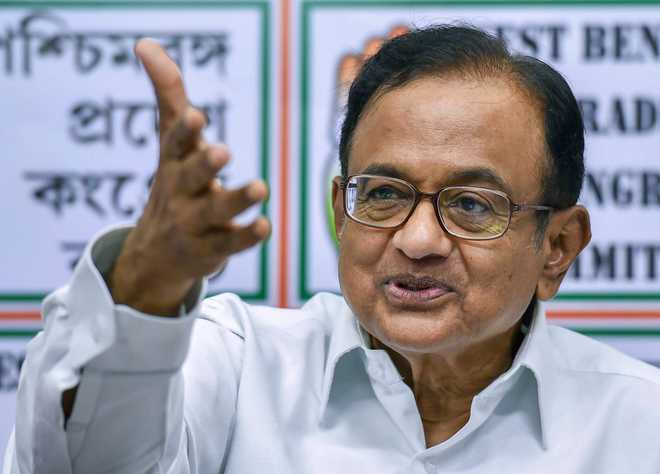 Congress veteran P Chidambaram on Thursday expressed confidence that his party would win the Goa Assembly elections due next year and also the next Lok Sabha polls in 2024.

Chidambaram, who is the AICC Goa poll in-charge, was addressing party workers after inaugurating the state election campaign office in Panaji.

The former Union minister said this time, his party is moving forward with courage and confidence and "will win Goa in 2022 and Delhi in 2024".

In the 2017 Goa Assembly polls, the Congress emerged as the single largest party by winning 17 seats in the 40-member House. But, the BJP at that time forged an alliance with some regional outfits and independent legislators to form government.

The Congress currently has only four legislators in the state.

Chidambaram said, "The history is ours...we are beginning today on an auspicious day and our office has been inaugurated by a valuable statesman and former chief minister Pratapsingh Rane."

Addressing the Congress workers, he said they should remember the "golden years" when Goa moved forward, progressed and developed in the field of industries, schools, colleges and roads.

"We will bring back that golden age of Goa, beginning 2022. I wish you go forward with courage and confidence,” he said to the Congress workers.

Chidambaram said Goa would not be colonised by "some political party".