Conscious decision not to allow religious events amid COVID-19, Maha to SC on plea by gurdwara 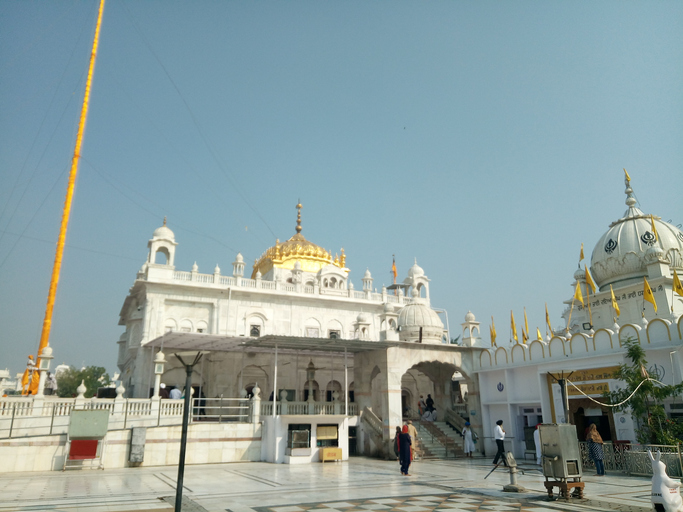 The Maharashtra government has told the Supreme Court that allowing the Nanded gurdwara to hold the Dusshera procession as per custom will not be a "practically feasible option” amid COVID-19 and that the state has taken a conscious decision of not allowing religious functions to check the spread of the virus.

The state government said that as per its past experience it is impossible to monitor the strict observance of conditions and restrictions imposed and the only consequence is the spread of the deadly infection, a situation that is irreversible.

It said that a conscious decision has been taken of not allowing religious functions and not permitting congregation, at least for the present, and the said decision is fully justified and needs no interference at the hands of this Court in the exercise of its extraordinary constitutional writ jurisdiction.

A bench headed by Justice L Nageswara Rao is likely to take up a plea on Monday at the time when the top court is on Dusshera vacation.

The bench has sought response from the Maharashtra government on October 16, on the plea filed by ‘Nanded Sikh Gurudwara Sachkhand Shri Hazur Abchalnagar Sahib Board' seeking permission to conduct 'Dusshera, Takht Isnan, Deepmala and Gurta Gaddi' event procession as per three centuries old custom maintained by the gurudwara with certain conditions.

It has said, “Having the hostile political environment in the state of Maharashtra, ample religious discontent has been spread due to political interest and the petitioner believes that he will not be able to grapple with the situation without recourse thereto which is evident from the fact that despite repeated written representations, no decision has been taken till date”.

The plea said “Gurudwara Takhat Shri Hazur Abchalnagar is a pious place of world fame for being last place of tenth Sikh Guru Shri Guru Gobind Singh ji Maharaj, where he granted the holy seat of Guru to the Gurugranth Sahiv ji before going to Sachkhand”.

The state government, in its affidavit, said that it has taken a conscious policy decision of not allowing religious functions and large congregations, without any exception.

“The policy decision is based on assessment of the situation at hand as also the consequence of permitting such activities. Since, the restrictions were imposed in March 2020 and till date, everybody has followed the restrictions strictly”, it said, referring, to several festivals including Gudhi Padwa, Ram Navami, Mahaveer Jayanti, Easter Sunday, Buddha Purnima, Ramadan Eid, Bakri Eid, Dahi Handi, Ganesh Chaturthi, Moharram and Navratri.

It said that all the religious festivals are performed by citizens by staying at home, so as to contain the spread of virus and “there is no reason at all, much less just and proper to carve out an exception for the petitioner”.

The state government said the COVID-19 situation in Maharashtra cannot be ignored and ought to be considered in its proper perspective when considering the prayers in the present petition.

“Allowing the claim of the petitioner by imposing conditions is not a practically feasible option. The experience of the State Government and its machinery in the past demonstrates that, such restrictions and conditions are observed only in breach thereof e.g. vegetable markets etc. and secondly, it is impossible to monitor the strict observance of such conditions,” it said.

The affidavit said that it is also worthwhile to note that the only consequence of non-observance and breach thereof is the spread of deadly infection, a situation that is irreversible.

It said that in this background of such a most likely, almost certain, event, it must be remembered that prevention is always to be preferred, especially when such events are surely avoidable.

“The law enforcement agencies have clearly expressed their practical difficulty that if such prayers of the petitioner are allowed with whatever restrictions, it will not be practically possible to enforce such restrictions or guidelines, particularly keeping in view the crowd that is charged with emotions and religious sentiments,” it added.

It stated that there is no violation of the fundamental rights and the right to practice and propagate religion under Article 25 has been made subject to public order, morality and health, under the Constitution itself.

“Thus, if the deponent is able to satisfy this Court that the decision of prohibition of holding any religious function and prohibition on congregation is taken considering the health aspect of the citizens more particularly during the present pandemic situation, in such case, certainly right under Article 25 of the Constitution, which is subject to health, will not be available,” the state government said. PTI