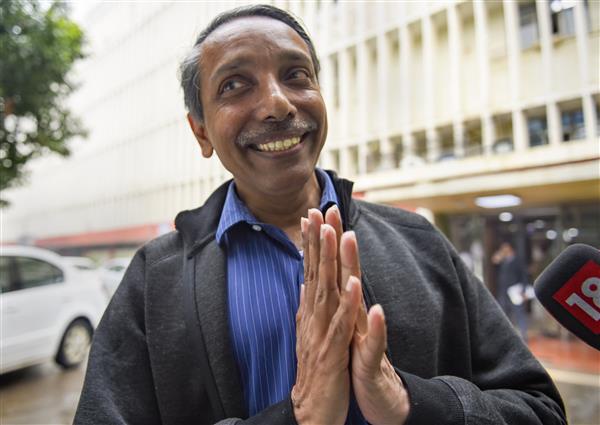 JNU Vice-Chancellor M Jagadesh Kumar, whose tenure was marred by controversies, has been appointed as Chairman of the University Grants Commission (UGC).

According to the Ministry of Education, Kumar has been appointed Chairman of the higher education regulator for a period of five years.

The post of the UGC Chairman fell vacant on December 7 after Prof D P Singh, who had taken charge in 2018, resigned upon turning 65. The post of the Vice-Chairman of the higher education regulator is also vacant.

“The Central government has appointed M Jagadesh Kumar as UGC Chairman for a period of five years or till he attains the age of 65 years, whichever is the earliest,” a senior MoE official said.

Sixty-year-old Kumar is currently holding the charge as acting V-C of the varsity after his five-year term expired last year. The ministry is yet to appoint his successor at the JNU.

“It is definitely going to be challenging. My priority will be to ensure the implementation of the National Education Policy. The sooner it is implemented, the better it will be for us. I will be meeting the vice-chancellors of universities across the country regarding the implementation of NEP. The NEP has several aspects like the multidisciplinary courses so we will work on those aspects,” Kumar told PTI.

“The government has also announced a digital university in the recent union budget. Working on digital technologies to make education accessible for all will also be on my list of priorities,” he added.

From the sedition row of 2016 and lockdown of his office multiple times to then-HRD Minister getting stuck for over six hours at the venue of JNU’s convocation in 2019, Kumar’s tenure as the Vice-Chancellor has been marred by controversies.

Kumar, who was made the Vice-Chancellor in January 2016, had his first brush with controversy as the Vice-Chancellor just a week after his appointment when students locked horns with the administration over holding of an event against the hanging of Parliament attack convict Afzal Guru.