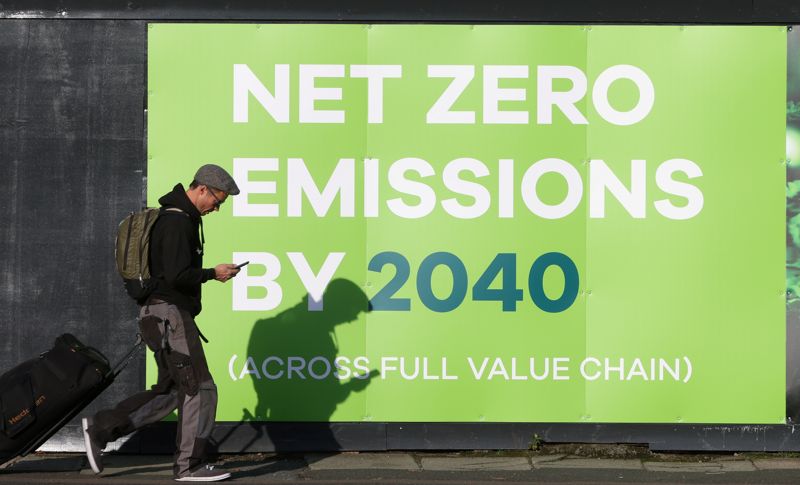 A man walks past a poster of United Nations’ COP-26 near the conference venue in Glasgow, Scotland. REUTERS

The much-awaited United Nations’ COP-26 will kick off in Glasgow on Sunday even as host British PM Boris Johnson reportedly estimated the chances of a successful outcome to the climate summit at “about six out of 10”.

India has assured full support to the UK COP presidency for the meaningful outcome of COP-26 with Environment Minister Bhupender Yadav stating that the summit should be about “action and implementation”.

However, since combating climate change is a universal challenge, India wants global climate action to be guided by principles and values of climate justice and equity. In those terms, technology transfer and climate finance — the two factors essential for a level playing field between developed and developing countries — will form the basis of India’s pitch at the summit. The country will pitch for the $100 billion per year climate financing by developed nations.

Prime Minister Narendra Modi, who will participate in the high-level segment of COP-26, titled “World Leaders’ Summit (WLS)” along with 120 heads of states/governments from around the world on November 1-2, will highlight “the need to comprehensively address climate change issues, including equitable distribution of carbon space, support for mitigation and adaptation and resilience building measures, mobilisation of finance, technology transfer and importance of sustainable lifestyles for green and inclusive growth”.

There are huge expectations from COP-26, including arriving at a consensus on unresolved issues of the Paris Agreement Rule Book, long-term climate finance and market-based mechanisms, etc.

The summit (October 31 to November 12) aims at reviewing and amending promises by countries and companies worldwide to contribute to mitigation efforts.