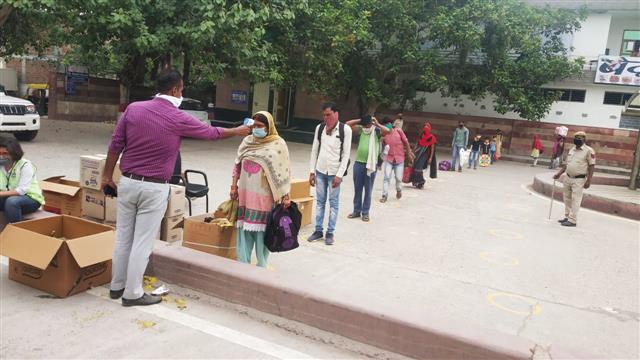 With new norms on personal contact and handling gadgets being implemented in the wake of the COVID-19 pandemic, the Defence Research and Development Organisation (DRDO) is developing an artificial intelligence-based face recognition system for marking attendance of employees.

The system will do away with the need for physically marking attendance through biometric machines or on paper sheets, while also preventing people from crowding around attendance machines.

Sources said the DRDO’s Defence Bio-engineering and Electro-medical Laboratory is developing the system and after successful trials and validation, it would be implemented across other DRDO laboratories. “The system could also be made available to other organisations and has a vast scope for commercialisation,” a DRDO scientist said.

A database of employees containing their photograph from multiple angles along with personal details would be prepared. A camera would capture the face image of a person walking in or out of an office complex, which would be marked with a time stamp and a specially developed software would then collate it with the database and prepare a record of entry and exit and link it with the organisation’s internal computer network.

“We expect the laboratory to complete the project in a year’s time,” the scientist said. “Besides attendance of employees, the system will also be used for visitor management,” he added.

Artificial intelligence-based face recognition systems are making increasing headway in the defence and security establishments for intelligence analysis as well as access control. Several projects are already under way in this field to develop new and faster tools to shift from manual processes and reduce human interface.

Face recognition is a very important aspect to distinguish between friend and foe. There  is  no  automated  face  recognition  system existing  in  Indian  Army  to  recognise enemy  face  in  real time.

The Military Intelligence is developing an automated face recognition system to recognise and establish the identity of an enemy face from still photographs or video images in real time.

Last year, the Border Security Force initiated a pilot project to install face recognition-based access-control system at gates in the fence along the Indo-Pakistan border through which farmers move to till their land.

The Ministry of Home Affairs has also developed a facial recognition system to track criminals. It has been linked with the National Crime and Criminal Tracking System that contains a national database of all police and court cases across the country.