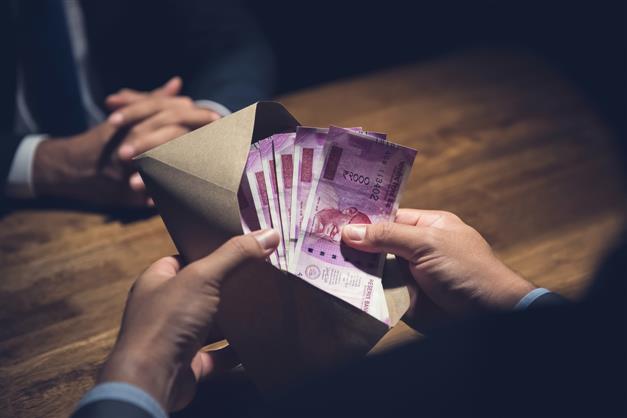 Corruption affects the happiness of 43.2 per cent Indians with men having lower perception of corruption than women, according to a new study.

HappyPlus Consulting’s India-focussed ‘State of Happiness’ report has found that Indians are happier than before and the country’s life-evaluation score is 6.84.

A key indicator for subjective well-being, the score reflects that India is doing better than the average life-evaluation scores in other happiness studies, it said.

The report found that Himachal Pradesh, Punjab, Uttarakhand, Kerala, Maharashtra, Tamil Nadu, Puducherry, Chandigarh, Delhi and Goa are among the places with high happiness ranking in the country.

The study also found that corruption affects the happiness of 43.2 per cent Indians with men having lower perception of corruption than women.

The study showed that around 43.2 per cent Indians believe corruption is rampant in government and businesses and it depresses people and this affects the evaluations used to measure happiness.

The study had a sample size of 20,073 interviewees across 28 states and eight Union Territories in India.

It highlighted that 87.8 per cent Indians felt they have social support that can protect their mental well-being during negative outcomes. Better social support is associated with greater well-being and translates into a happier state of mind and pro-social behaviour.

Another aspect that the report reveals is the presence of negative emotions that alters life satisfaction and leads to drastic decline in fulfilment. Emotions of worry, sadness and anger are felt by 32.9 per cent Indians regularly, the study showed.

Also it’s been observed that approximately over 65 per cent Indians feel nervous and stressed often and the major reasons are Covid-related uncertainties, health, financial empowerment, family and friends, and workplace pressures.

“Seven out of 10 Indians feel nervous and stressed on regular basis. This is alarming. However, till the time individuals are not taking a step forward to understand what emotional well-being means for them and do not act towards it, it would continue to be a concerning area,” said Shyamasree Chakrabarty, Senior Director, HappyPlus Consulting.

“Having awareness and acting wisely for better well-being would be the key going forward,” Chakrabarty said.

The perception of the state of happiness also differed between women and men.

“Women feel happy and laugh more than men but worrying, sadness and anger were more prominent in them. Men feel a higher social support system and the freedom to make life-choices as compared to women. They also have a lower perception of corruption,” the study said.

Despite the current times, it was seen that the younger generation expresses and feels greater levels of happiness, laughter and are highly positive when compared to older people, the study said.