'Could have never imagined he would take to terrorism': Father of ISIS operative held in Delhi 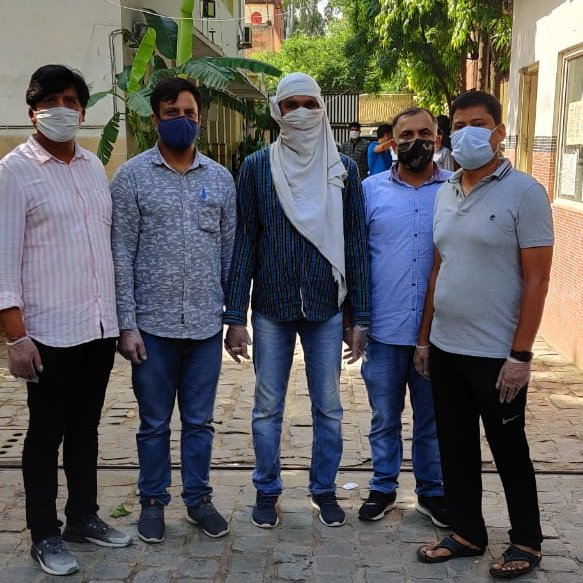 Security agencies have recovered a suicide vest for making bombs from the house of Abdul Yusuf Khan. Source: IANS/Twitter.

Father of alleged ISIS operative Mohammad Mustakim Khan, alias Abu Yusuf Khan, who was arrested in Delhi, on Sunday said people know his son as a "very good person" and he could have never imagined that he would take to terrorism.

Kafeel Ahmed told a news channel that his son has always been very polite and never fought with anyone.

Khan's wife, Ayesha, however, said she had told him not to indulge in "wrong activities" but he did not listen to her.

Khan, 36, from Badhiyaa Bhaisaahi village in Uttar Pradesh's Balrampur district was arrested from central Delhi's Ridge Road area late on Friday night following a brief exchange of fire with police, according to officials.

Two "fully ready" IEDs were recovered from him, and he planned to carry out a "lone wolf" strike at a heavy footfall area in the national capital, the officials said.

Ahmed said Khan left home on Friday for Rath in UP's Hamirpur district and after that his whereabouts were not known.

"On Saturday, we learnt that he has been arrested in Delhi," he said.

He claimed he had never been inside his son's room.

Ahmed said he is "deeply saddened" by what has happened.

"Everyone knows that Abu Yusuf is a very good person. He used to speak very politely, and did not get into fights with anyone," he said.

Khan had been on the police radar for over a year now, according to the officials.

Ayesha said, "I had told him (Khan) that you are indulging in wrong activities and you should refrain from such activities, but he did not listen to me."

On items recovered from her room, she said, "Two jackets, one belt, one bottle, some explosive material, and some pellets (chharra) were recovered. These were kept in a box." Khan and his wife have four children—two sons and two daughters.

Khan has been booked under the Unlawful Activities (Prevention) Act. He was remanded to eight days in police custody and taken to different places in Uttar Pradesh, including Balrampur, for further investigation, the officials said. PTI