Could not meet mother on my birthday, but many Madhya Pradesh mothers have blessed me: PM Narendra Modi : The Tribune India

Could not meet mother on my birthday, but many Madhya Pradesh mothers have blessed me: PM Narendra Modi 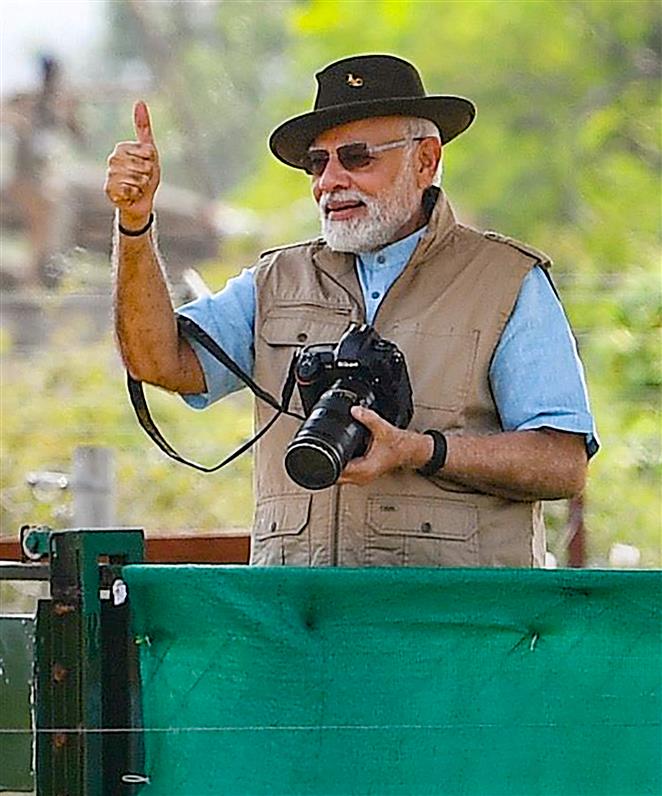 PM Narendra Modi after releasing the cheetahs in MP. PTI

Prime Minister Narendra Modi on Saturday said he enjoys the blessings of “lakhs of mothers” and described women as his strength as inspiration.

Addressing a convention of self-help groups after releasing two of the eight cheetahs flown in from Namibia earlier in the day into a special enclosure at the Kuno national park, Modi said his mother would be mightily pleased at the outpouring of blessings from women.

“Normally I meet my mother on my birthday and seek her blessings; today so many mothers of Madhya Pradesh have blessed me,” Modi, who is celebrating his birthday, said, addressing the large gathering of women.

There has been a massive difference in the India of last century and the present Naya Bharat in the form of women power, Modi said.

“In the New India, women are flying their flags high from Panchayat Bhavan to Rashtrapati Bhavan,” the PM said.

“Women all over - mothers and sisters - are my strength and inspiration,” he said.