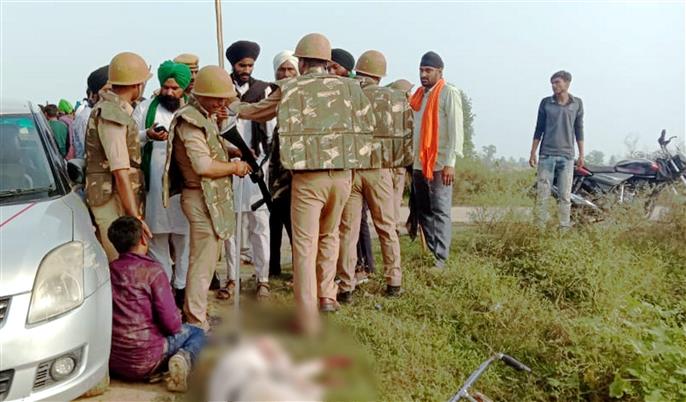 The first FIR has been registered under Section 302 (murder), Section 120-B (criminal conspiracy) and Section 147 (rioting) of the Indian Penal Code.

Sources said the counter FIR, also under the same sections of the IPC, was filed on the complaint of family members of BJP workers killed in the incident. The FIR was lodged against Amandeep Singh Sindhu, Mahendra Singh, Jejender Singh Virk and some unknown persons at Lakhimpur Kheri police station, the sources said. — TNS