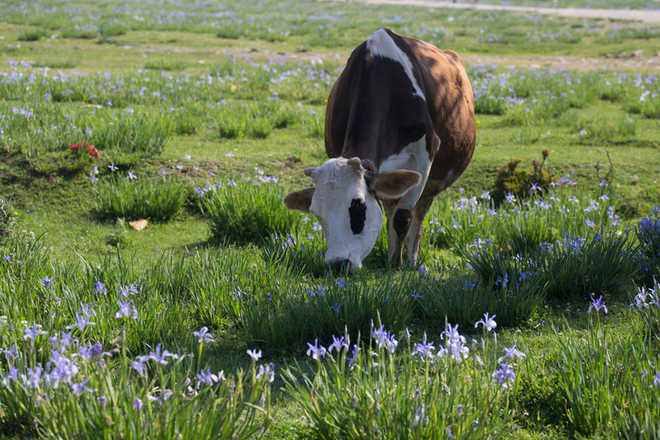 In a bizarre incident, a childless couple in a village in Shahjahanpur district, held the 'mundan' ceremony of a calf which they said to have adopted as their son.

The couple, Vijaypal and Rajeshwari Devi, did not have any child even after 15 years of marriage.

"I always treated Laltu as my son. The calf has been attached to us since its birth. Laltu's love for us is true and unconditional," Vijaypal said.

He said that Laltu's mother (cow) had been reared by his father and he was very attached to the cow.

"After the cow died, the calf was left orphaned, so we decided to adopt him as our son. If a cow can be revered as a mother, why can't a calf be loved as a son?" he asked.

The local villagers, however, were excited as well as amused, when they received the invitation for this unique 'mundan'.

"A lot of people attended. We were all excited and happy for the couple and the calf. It is a good tradition and we hope others will also follow it because this will strengthen the bond between man and animal" said Ram Bihari who attended the feast.

Among the 'gifts' that Laltu Baba received after the ceremony, include blankets, feeding bowls and some cash.

The couple invited over 500 guests to the symbolic 'mundan' (the head shaving ritual) for the calf, named 'Laltu baba' on Wednesday.

The couple took Laltu baba to Laltu Ghat, on the banks of Gomti river, and performed the ceremony.

The priest also gave blessings to the calf and its 'parents'.

A feast was then held where people from across the village arrived with gifts. IANS