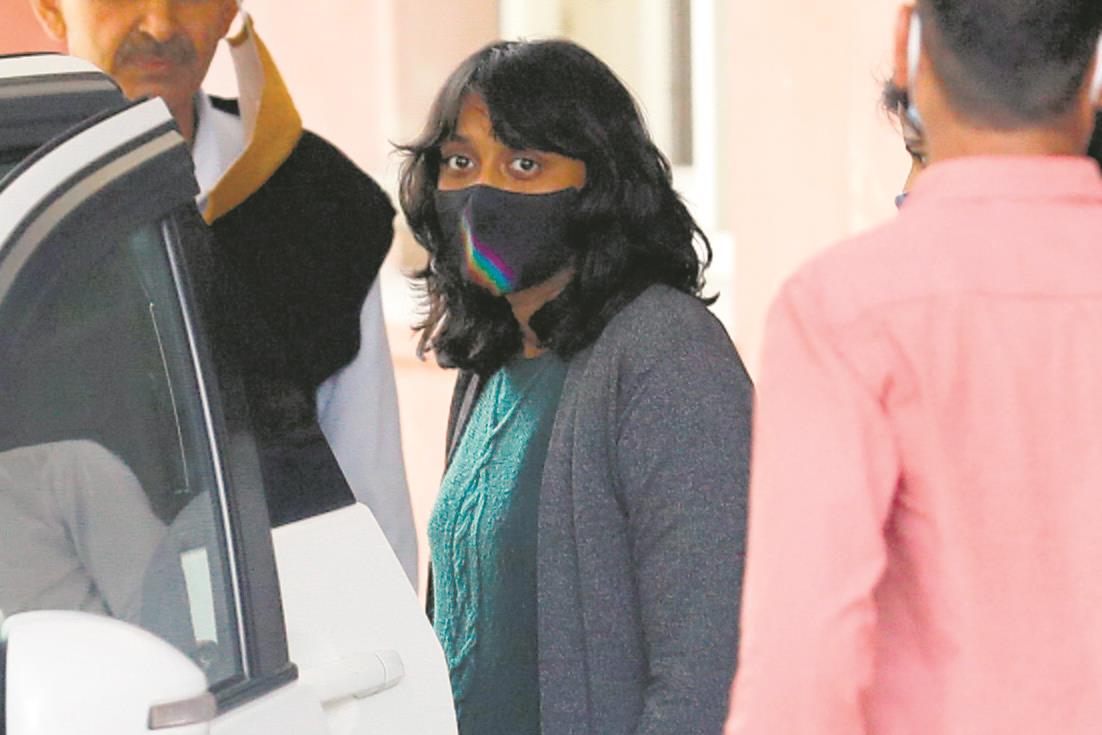 Terming the evidence produced by the Delhi Police as “scanty and sketchy”, a Delhi court today granted bail to climate activist Disha Ravi, arrested for her alleged involvement in sharing on social media a “toolkit” related to the farmers’ protest against Centre’s three farm laws. The court said there was nothing on record to establish any direct link between Disha and pro­Khalistan activists of ‘Poetic Justice Foundation’ (PJF) and also there was not even an iota of evidence brought connecting the perpetrators of the January 26 violence with the PJF or her.

Citizens cannot be put behind bars simply for disagreeing with state policies… sedition cannot be invoked to minister to the wounded vanity of the governments. Delhi court

The Delhi Police have arrested from Jammu two accused of violence at the Red Fort during the farmers’ tractor parade on January 26.

It observed there was nothing on record to suggest the activist subscribed to any secessionist idea and there was absolutely no link established on record between her and banned outfit Sikhs for Justice. Additional Sessions Judge Dharmender Rana, who granted relief to Ravi on a personal bond of Rs 1 lakh and two sureties of like amount, also dismissed the

Delhi Police’s claims that Disha’s sharing of the “toolkit” with teenage Swedish climate activist Greta Thunberg amounted to conspiring against the country.

“Considering the scanty and sketchy investigation, I do not find any palpable reason to breach the rule of bail for a 21-year-old girl who has absolutely no criminal antecedents,” the Judge said.

The Judge said perusal of the said “toolkit” revealed that any call for any kind of violence was conspicuously absent. It said creation of a WhatsApp group or being editor of an innocuous “toolkit” was not an offence. Disha was arrested from Bengaluru on February 13. — TNS