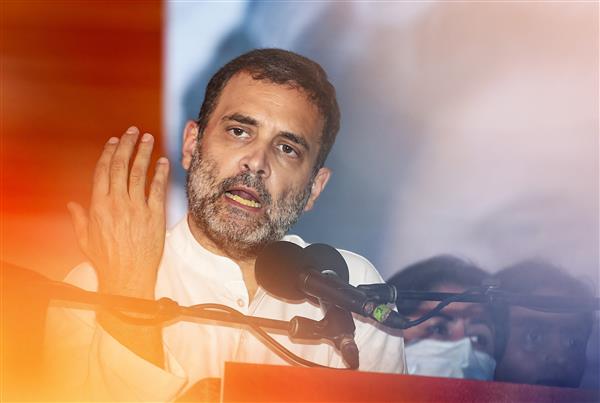 A Delhi court on Wednesday sought an action taken report from the Delhi Police on a private complaint filed against Congress leader Rahul Gandhi for allegedly disclosing the identity of a minor rape victim, the lawyer for the complainant said.

Additional Chief Metropolitan Magistrate Dharmendra Singh directed the police to file the report by September 29, when he will further hear the matter, the lawyer said.

The complaint urged the court to direct the officer concerned of the Crime Branch of Delhi Police to lodge an FIR under relevant provisions of law and investigate the matter.

The complaint has sought the prosecution of the Congress leader under the relevant sections of Juvenile Justice Act, Prevention of Child from Sexual Offence (POCSO) Act and Indian Penal Code.

It alleged that Rahul Gandhi shared a picture with the family members of a rape victim mentioning that they were her parents.

“The picture is clearly visible and on the basis of this picture it is very much clear to identify the family and dwelling details of the rape victim which amounts to disclosing the identity of rape victim,” the complaint said, adding that prima facie offences were made out.

The lawyer further alleged that due to the inaction on the part of the police officials, the complaint filed by the local BJP leader on August 14, 2021 in Police Station Barakhamba Road has not been looked into till date.

According to the complaint, the Congress leader met the family members of the minor, who was allegedly raped and murdered in Delhi Cantonment area in August, and then posted pictures of his meeting with the family on Twitter.

The pictures were later taken down by the micro-blogging site.

Neeraj said as per the law, revealing the identity of a minor rape victim is an offence. PTI