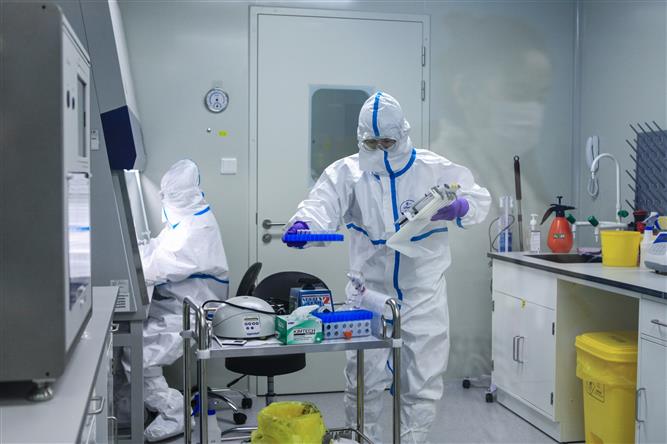 No fresh fatality was reported and the death toll stands at 163.

One from Gujarat and another Varanasi men were among the four persons who died from COVID-19 on Monday in the state while 272 new patients were tested positive. With this, the tally has pushed to 7,300-mark in Rajasthan on Monday, with the death toll risen to 167.

A 34-year-old man of Varanasi (UP) succumbed to viral illness at Railway Hospital at Abu Road in Sirohi district, while a 58-year-old man of Gandhidham (Gujarat) died at Ajmer’s JLN hospital, a medical bulletin said.

Another 76-year-old man of Ajmer’s Nala Bazar also succumbed at Ajmer hospital while a fourth patient, a 21-year-old woman who tested positive on Monday, was brought to SMS hospital, Jaipur.

The tally in the state is increasing due to migrants’ better screening and testing. So far, as many as 1,844 of them are found positive in the above-mentioned districts.

Among the 32 districts, Jaipur tops the chart with 1,828 confirmed cases and 84 fatalities, including five of Uttar Pradesh. Jodhpur also followed the state capital pattern with 1,271 cases and the death of 17 patients since March-mid.

Altogether, as many as 3,081 are active patients getting treatment in the state-run government hospitals.

Jaipur has recorded maximum casualties of 84, followed by Jodhpur 17; Kota 16; Nagaur 7; Ajmer 7 (including one of UP); Pali 6; four each Bharatpur, Chittorgarh and Sikar; three in Bikaner; two each in Alwar, Karauli, Jalore and Bhilwara; and one each in Churu, Sirohi (of Gujarat) Banswara, Udaipur, Pratapgarh, Sawaimadhopur and Tonk.