On Monday, INS Trikand brought 40 metric tonnes of liquid medical oxygen here from Qatar as part of the French mission to support India's fight against the pandemic 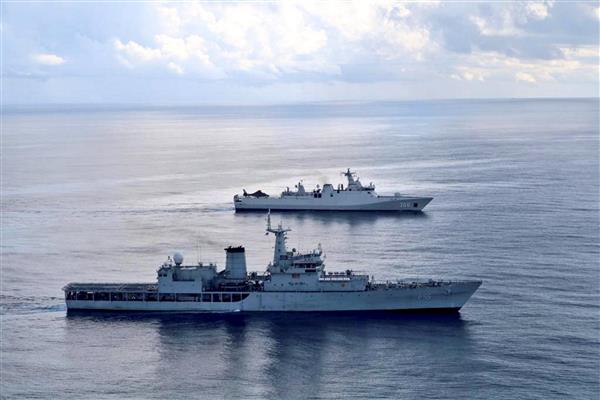 The Indian Navy has deployed its various ships to bring oxygen and other medical equipment to the country under operation 'Samudra Setu II'.

The oxygen containers were facilitated as part of the French mission 'Oxygen Solidarity Bridge' and the cylinders of the life-saving gas were gifted by the Indian diaspora in Qatar, the spokesperson said.

The consignment was handed over to Maharashtra's civil administration for further necessary action, the Navy said.

On Monday, INS Trikand brought 40 metric tonnes of liquid medical oxygen here from Qatar as part of the French mission to support India's fight against the pandemic.

The Navy earlier said it has stepped up its efforts as ships from all three naval commands in Mumbai, Visakhapatnam and Kochi were deployed to bring oxygen and other medical equipment under operation 'Samudra Setu II'.

Last year, the Navy had launched Operation Samudra Setu as part of the Vande Bharat evacuation mission under which it brought back to India around 4,000 stranded Indians from the Maldives, Sri Lanka and Iran.

As India battles a devastating second wave of the COVID-19 pandemic, several countries have sent medical supplies, including oxygen-related equipment, to help it tide over the situation. — PTI