Active cases in the country have dropped to 1.41 lakh comprising just 1.30 per cent of the total infections 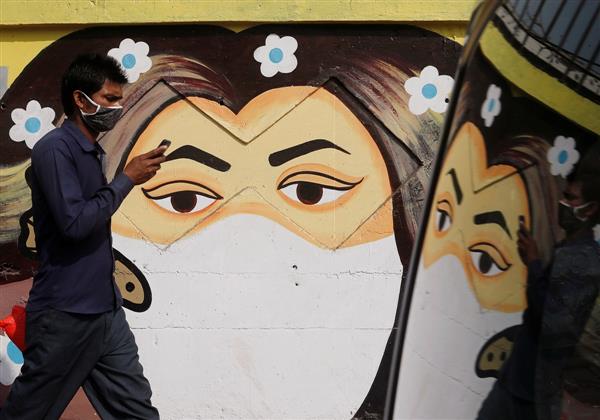 Active COVID-19 cases in the country have dropped to 1.41 lakh comprising just 1.30 per cent of the total infections, while 33 states and UTs have reported less than 5000 active cases in a span of 24 hours, the Union Health Ministry said on Wednesday

Daman and Diu and Dadra and Nagar Haveli currently have zero active cases.

A total of 11,067 new daily cases have been recorded in a span of 24 hours whereas 13,087 patients have recovered during the same period. It has led to a net decline of 2,114 cases from the total active caseload, the ministry highlighted.

Kerala and Maharashtra account for 71 per cent of the total active cases of the country, the ministry said.

Till February 10, 8 AM, more than 66 lakh beneficiaries have been inoculated under the countrywide COVID-19 vaccination exercise.

The final figures for the vaccination coverage for Day 25 (9th February) of the country-wide exercise include 3,52,553 beneficiaries across 7,990 sessions.

The number of beneficiaries being vaccinated every day is following a consistent upward slope.

The ministry said 81.68 per cent of the new recovered cases are observed to be concentrated in 6  states.

Kerala has reported the maximum number of single day recoveries with 6,475 newly recovered cases. A total of 2,554 people have recovered in Maharashtra in a span of 24 hours followed by 513 in Karnataka.

The ministry said that 83.31 per cent of the daily new cases are from 6 states.

Kerala reported the highest daily new cases at 5,214. It is followed by Maharashtra with 2,515, while Tamil Nadu has reported 469 new cases.

A total of 94 fatalities have been recorded in a day.

Six states account for 80.85 per cent of the daily deaths.