Says if cases come down in the next couple of days, restrictions will be lifted 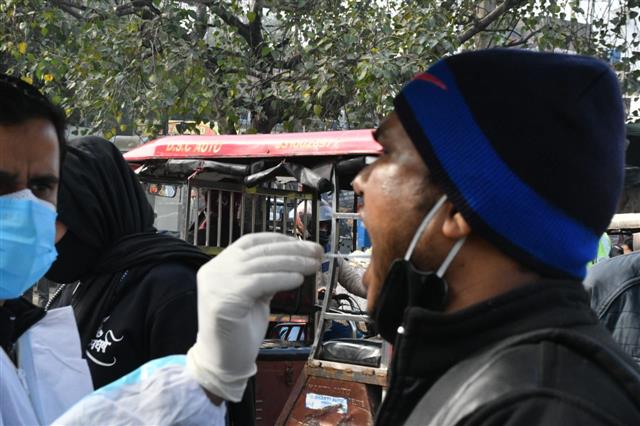 Delhi Health Minister Satyendra Jain on Wednesday said the number of hospital admissions in the national capital due to Covid has stabilised over the last five days, which is an indication that the current wave of the pandemic may have peaked and cases may decline in two-three days.

While sharing that Delhi is expected to report 25,000 cases on Wednesday, he said it is difficult to conclude if a wave has peaked by looking at the positivity rate or the number of cases. Hospital admission rate is the major indicator, he said in response to a question.

“We have observed that the number of hospital admissions has stabilised in the last four to five days and only 2,200 beds are occupied and 85 per cent of the beds are vacant,” the minister told reporters.

“Plateauing of hospital admissions is an indication that the wave may have peaked. We may see a decline in cases in two to three days,” he said.

Cases have started declining in Mumbai and Delhi is likely to follow the same trend, Jain added.

He also assured that if cases come down in the next couple of days, restrictions would be lifted.

The minister added that most of those who have died in the ongoing surge of infections had comorbidities and very few deaths had taken place due to coronavirus.

"People with comorbidities are facing more problems, not many people are coming to hospital for treatment of coronavirus," he said.

The national capital had reported 23 fatalities on Tuesday. It has already recorded 93 fatalities in the first 11 days of the month.

It had logged 54 fatalities in the last five months - nine in December, seven in November, four in October, five in September and 29 in August. In July, the virus had claimed 76 lives in the national capital.

The health minister also welcomed the Centre's new guidelines for Covid testing, saying asymptomatic cases do not need to get tested.

“The presence of virus in the human body is not a matter of concern until symptoms emerge,” he said.

He said “very few” children are contracting the infection, and only those having pre-existing problems may need hospitalisation.