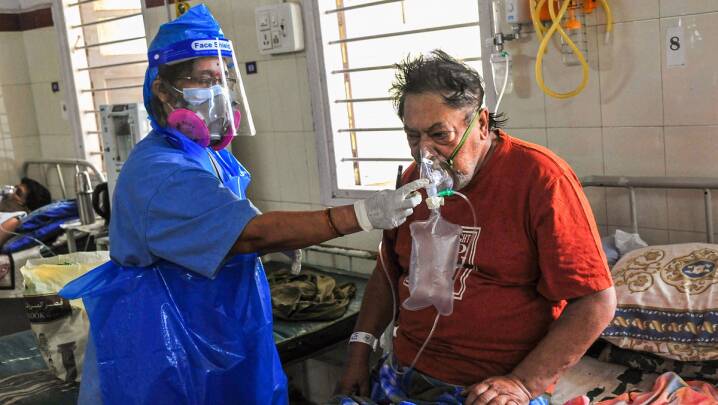 A Lancet estimate that 22 per cent of all excess Covid deaths globally between 2020 and 2021 happened in India invited a sharp rebuttal from the government on Friday, with the Health Ministry saying that its mortality assessment was transparent and the Lancet claims speculative.

A Lancet estimate that 22 per cent of all excess Covid deaths globally between 2020 and 2021 happened in India invited a sharp rebuttal from the government on Friday, with the Health Ministry saying that its mortality assessment was transparent and the Lancet claims speculative.

India’s officially reported Covid deaths between the period of Lancet assessment are 4,80,000, nearly eight times lesser than 40 lakh which the Lancet estimates.

In a new research funded among others by Bill & Melinda Gates Foundation, the Lancet estimates that although globally reported Covid deaths between January 1, 2020, and December 31, 2021, totalled 5.94 million (59.4 lakh), 18.2 million (1.82 crore) people had actually died. This is three times higher than the officially reported death load by nations during the period.

The Lancet research also suggests that 22 per cent of the estimated excess Covid mortality was in India. The Health Ministry today rejected the report saying, “Quoting issues as sensitive as death during an ongoing global public health crisis like Covid should be accompanied with facts and required sensitivity. This type of speculative reporting has potential to create panic in the community, can misguide people and should be avoided.” The ministry said the methodology adopted by The Lancet was based on data from newspapers at varied intervals to extrapolate without any scientific basis for the total period under study.

“The authors themselves admitted that direct measurement would be preferable to modelled excess mortality estimates not based on all-cause mortality data, which are usually more robust, from the locations themselves,” the Ministry said, noting that linking deaths during the outbreak to Covid was a mere assumption as deaths could happen due to other diseases too.

The Ministry said that although the authors stated that most excess mortality during the pandemic was from Covid, sufficient empirical evidence to this effect was absent in most countries. “Given the high amount of heterogeneity in epidemiological profiles among countries, it is prudent not to make such strong assumptions before more research on this topic is done,” the Ministry said, quoting from the research itself. Earlier on January 7, the Ministry had rejected another excess Covid death study published in the Science journal, which had claimed that India’s cumulative Covid deaths by September 2021 were six to seven times higher than those reported officially.