CPM hits out at BJP for ‘attacking’ cadre in Tripura 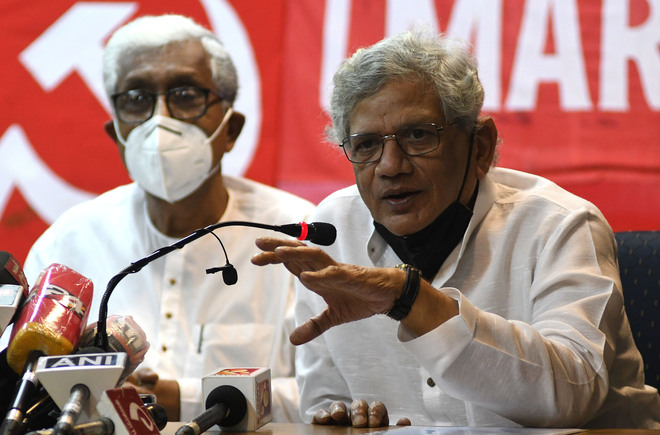 Communist Party of India (Marxist) general secretary Sitaram Yechury on Tuesday lashed out at the BJP for perpetrating violence against the Left party’s cadre in Tripura.

Tripura was once the bastion of Left parties. The BJP had defeated the Left Front in the 2018 Assembly elections and assumed power, opening the doors for the saffron surge in major parts of the north-eastern states.

“It is deplorable that the Chief Minister has made the most provocative statements, issued threats and spoken outright lies, justifying the attacks against CPM workers,” Yechury said.

Sarkar said that in many of the attacks on September 7 and 8, by BJP mobs, raising “Jai Shri Ram” slogans and armed with iron rods and petrol bombs, attacked homes and party offices with the police remaining mute spectators.

It was alleged Sarkar was prevented by the police from visiting his constituency on September 6. — TNS