With this, 12 of the 20 arrested accused have got bail in the high-profile case so far 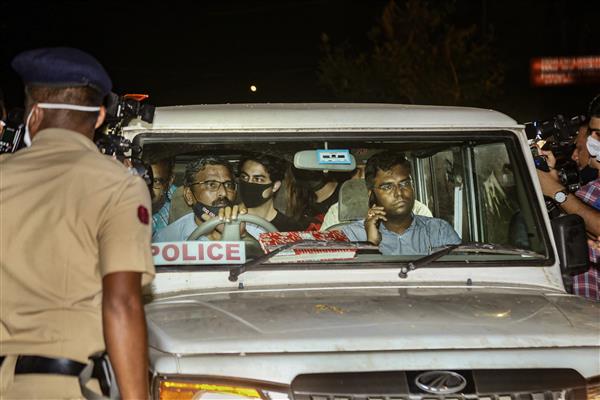 Twenty people have been arrested in the case. PTI file

A special court here on Saturday granted bail to alleged drug peddler Aachit Kumar and six others arrested in a drugs seizure case, in which film actor Shah Rukh Khan's son Aryan is one of the accused.

With this, 12 of the 20 arrested accused have got bail in the high-profile case so far.

Earlier, the NDPS court had denied bail to Aryan Khan. However, the Bombay High Court on Thursday granted bail to him and his two co-accused Arbaaz Merchant and Munmun Dhamecha.

The NCB had claimed that it had arrested Aachit Kumar based on the statements of Aryan and Arbaaz Merchant.

The agency has alleged that he used to supply drugs to Aryan.

The other accused whose bail pleas were allowed by the special court on Saturday are Nupur Satija, Gomit Chopra, Gopalji Anand, Samir Sehgal, Manav Singhal and Bhaskar Arora.

The court's detailed bail order is yet to be made available.

On October 26, the special court had granted bail to two other accused in the case - Manish Rajgaria and Avin Sahu. They were the first ones to get bail in this case.

On October 2, the NCB had raided the cruise ship and claimed to have seized banned drugs.

Earlier on Saturday, Aryan Khan walked out of the Arthur Road jail in central Mumbai, where he was lodged for the last 22 days following his arrest in the case. PTI