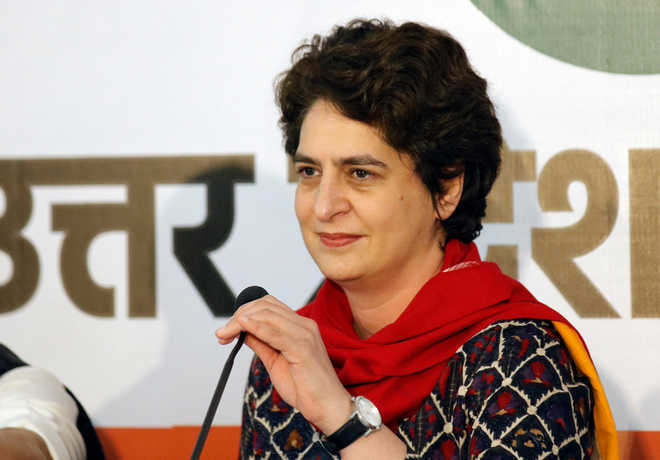 Congress General Secretary Priyanka Gandhi Vadra took a swipe at the Yogi Adityanath government over the encounter and questioned what will happen to those who gave patronage in this case.

The opposition parties on Friday slammed the Yogi Adityanath-led Uttar Pradesh government over the encounter of dreaded gangster Vikas Dubey, while being brought back to the state from Madhya Pradesh's Ujjain.

Former Chief Minister and Samajwadi Party Chief Akhilesh Yadav took to twitter and wrote, "Actually. his car has not overturned, but the government has been saved from turning over the secret."

His remarks came soon after Dubey died on Friday morning after being critically injured in an alleged shootout with the STF officials on Friday morning near Kanpur. The gangster was shot when he reportedly tried to flee, following a road accident in which the vehicle he was travelling in overturned near Kanpur. Dubey was taken to the emergency ward of the Hallett Hospital. Senior Superintendent of Police (SSP) Kanpur Dinesh Kumar said that the doctors have confirmed the death of Vikas Dubey.

Also read: UP gangster Vikas Dubey killed in 'encounter' while being taken to Kanpur

Rashtriya Lok Dal (RLD) leader Jayant Chaudhary also slammed the BJP government over the "encounter rule" in the state and urged all the judges to resign. "After Vikas Dubey's encounter, all the judges of the country should resign. There is no need of court in BJP's encounter rule," Chaudhary said in a series of tweets. "All this drama has been created to save the real culprits of killing eight policemen," the RLD leader said in another tweet.

According to reports, as the convoy bringing Dubey from Madhya Pradesh's Ujjain reached the Bhauti area under the Barra police circle in Kanpur on Friday morning, the vehicle in which Vikas was seated, overturned after skidding on the road due to heavy rain.

Dubey, along with two other police personnel in the vehicle, was injured in the accident. As soon as the gangster was taken out of the vehicle, he allegedly snatched a pistol from the STF team and tried to fire at the police. He was fatally injured in retaliatory firing. Dubey received a bullet injury in the chest which proved fatal. Five members of the Dubey gang have been killed in police encounters over the past seven days.—IANS