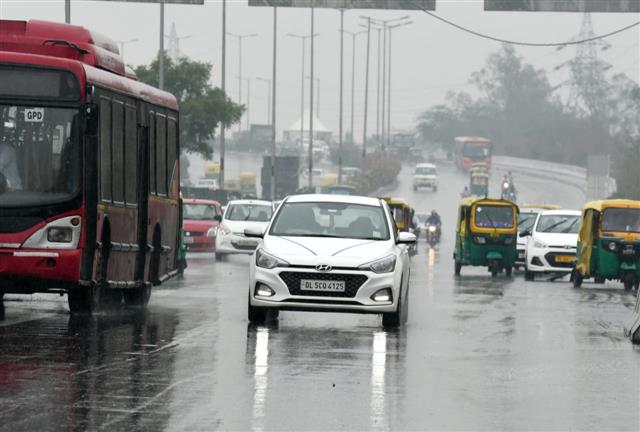 As a remnant of ‘Tauktae’ entered North India, bringing widespread rains to many parts of the region on Wednesday, a low-pressure area is likely to form in the Bay of Bengal around May 22 that will develop into a cyclonic storm on May 25 to reach the West Bengal-Odisha coasts around May 26 evening.

Even as the western coast continued to reel under the impact of the fury of rains and winds, the effect of ‘Tuaktae’ was felt as far as northwest India where its remnant interacted with a western disturbance on Wednesday to bring “fairly widespread to widespread rains in the region”.

Heavy to very heavy rains were experienced in Uttarakhand along with Uttar Pradesh, Himachal Pradesh, Haryana, Chandigarh and Delhi, northeast Rajasthan, and north Madhya Pradesh, the IMD said. It will move further into Uttar Pradesh before dissipating in the next 48 hours.

Meanwhile, the southwest monsoon is expected to advance over the south Andaman Sea and adjoining southeast Bay of Bengal around May 21 in association with the strengthening and deepening of south-westerly winds over the region.

Hence, low-pressure area (LPA) is very likely to form over the north Andaman Sea and adjoining east-central Bay of Bengal around May 22. This LPA is “very likely” to intensify into a cyclonic storm in the subsequent 72 hours and move north-westwards and reach West Bengal-Odisha coasts around May 26 evening.

Sea conditions will be rough to very rough and an advisory has been issued to fishermen. The IMD says winds will gain speed becoming “gale wind speed during May 24 and 26 over major parts of central Bay of Bengal, north Bay of Bengal and along and off Odisha-West Bengal-Bangladesh coasts between May 25 and 27.