Sarkaryavah is the second most important post of RSS after Sarsanghchalak 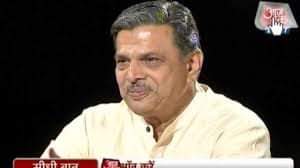 Marking a major shift in the power structure of the RSS, Dattatreya Hosabale was on Saturday elected new Sarkaryavah of the BJP’s ideological fountainhead.

Hosabale takes over from Suresh ‘Bhaiyyaji’ Joshi, who has been holding the important position for around 12 years now. Pracharpramukh Arun Kumar made the announcement in Bengaluru, where the RSS is holding a two-day Akhil Bharatiya Pratinidhi Sabha (ABPS) meeting.

Sarkaryavah is the second most important post of the RSS after the Sarsanghchalak. Mohan Bhagwat is the current chief or Sarsanghchalak of the Sangh. For the past many years, there have been speculations about Sahsarkaryavah Dattatreya Hosabale replacing ‘Bhayyaji’ Joshi.

The "Pratinidhi Sabha' is the most important meeting of the RSS as organisational changes are also affected in it.

Apart from organisational issues, training camps/activities scheduled for the year are also discussed during the meeting.

Born on December 1, 1955, in Shimoga district of Karnataka, Hosabale is a post-graduate in English. He became a ‘swayamsevak’ at the age of 13 in 1968 and joined the Akhil Bharatiya Vidyarthi Parishad, the student wing of the Sangh, in 1972. He was also active in the JP movement of 1975-77 and was imprisoned during the Emergency. Since 2008, he has been Sahsarkaryavah of the RSS. Apart from his mother tongue Kannada, he speaks English, Hindi, Sanskrit, Tamil and Marathi.