Tibalaji Petrochem is based in Mumbai’s Bandra-Kurla Complex 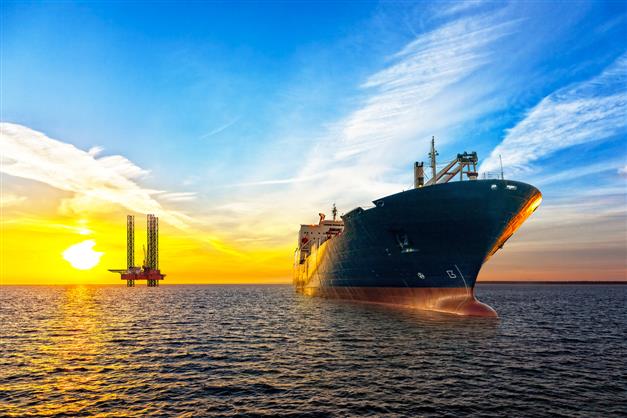 The US has imposed sanctions, probably for the first time, against an Indian company for being part of an eight-company ring that “purchased millions of dollars worth” of Iranian petroleum products for “onward shipment to China”.

The sanctions were announced in a signed statement from US Secretary of State Antony Blinken two days after he had met External Affairs Minister S Jaishankar in Washington. Jaishankar had also met the Secretaries of Defence and Commerce and the National Security Adviser.

Asked at a briefing if the Iran sanctions came up in Jaishankar's meeting with Blinken, State Department Deputy Spokesperson Dev Patel said they had nothing beyond what they had said at their news conference. It was also suggested that though the State Department had signed the press statement about the sanctions, the spadework was done by the Treasury Department.

The MEA may not comment as the company’s deal was not for importing oil from Iran to India but to China.

Specifically, the US Department of State is imposing sanctions on two Chinese entities: Zhonggu Storage and Transportation, which operates a commercial crude oil storage facility for Iranian petroleum that provides a vital conduit for the Iranian petroleum trade, as well as WS Shipping, the ship manager for a vessel that has transported Iranian petroleum products.

The Department of the Treasury also designated eight entities for their involvement in Iran’s petrochemical trade.  These entities are based in Hong Kong, Iran, India, and the United Arab Emirates.

The designated Iranian brokers and several front companies in the UAE, Hong Kong, and India have “facilitated financial transfers and shipping of Iranian petroleum and petrochemical products. These entities have played a critical role in concealing the origin of the Iranian shipments and enabling two sanctioned Iranian brokers to transfer funds and ship Iranian petroleum and petrochemicals to buyers in Asia,” said a US Department of Treasury statement.

These designations are made pursuant to Executive Order 13846, which authorises the imposition of sanctions with respect to trade in Iranian petroleum, petroleum products, and petrochemical products.

The sanctions are reversible if the JCPOA once again becomes operational.  The US says it is sanctioning Iran’s oil and petrochemical exports to impair its ability to continue with the nuclear program.