Among dead are 27 Territorial Army personnel and 15 civilians, including railway employees, construction workers and villagers 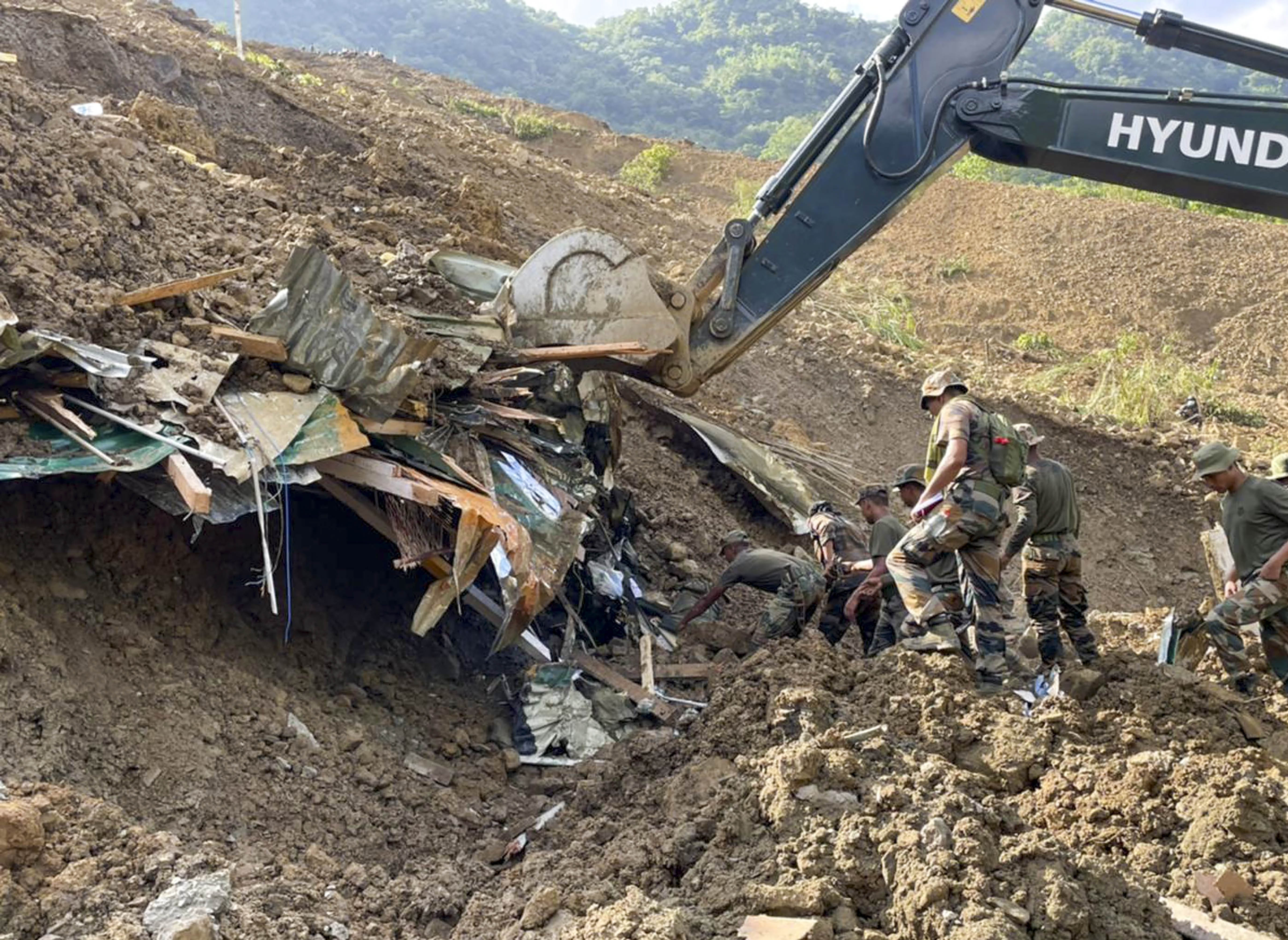 Rescue operation under way for the fourth consecutive day in Noney district of Manipur. PTI

The death toll in the landslide at a railway construction site in Manipur’s Noney district rose to 42 on Sunday evening as eight more bodies were found from under the debris, officials said.

Twenty people are still missing with heavy rains and fresh landslides impeding the search operations since Saturday, he said.

Bodies of 42 people have been found so far from under the debris at Tupul yard railway construction camp. Among them are 27 Territorial Army personnel and 15 civilians, including railway employees, construction workers and villagers, a defence spokesperson in Guwahati said.

The Territorial Army is deployed in the area to provide security for the railway construction work.

So far, 13 Territorial Army personnel and five civilians have been rescued.

Through Wall Imaging Radar (TWIR) technology is being used to find the missing persons under the debris. A search and rescue dog has also been brought in to assist the efforts, the official said.

A massive landslide hit the railway construction site on Wednesday night. Construction was underway in the area for the 110-km Jiribam to Imphal line under a project to connect the capitals of eight Norteastern states to the country’s railway network, officials said.

The debris blocked the Ijei river below, creating a reservoir that threatens to inundate the low-lying areas. At present, work is underway to clear the debris to let the water flow out, they said.

Bodies of seven Territorial Army personnel were sent to their hometowns—Kolkata and Bagdogra in West Bengal, and Agartala in Tripura—on Sunday, the spokesperson said.

Full military honours were given to them at Imphal, he said.

Bodies of four civilians killed in the incident were also sent to their native places in Assam on Sunday. PTI