Decks cleared for Centre to start work for rejuvenation of 13 major rivers, including all 5 rivers of Punjab : The Tribune India

Decks cleared for Centre to start work for rejuvenation of 13 major rivers, including all 5 rivers of Punjab

The Ravi, Beas, Sutlej, Chenab and Jhelum to be rejuvenated 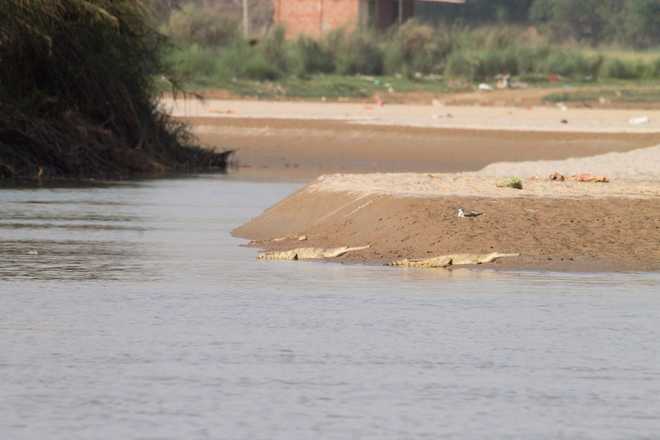 Photo for representation only. Tribune photo

Decks have been cleared for the Centre to start work on implementation of an ambitious project to rejuvenate the country's 13 major rivers, including the five rivers of Punjab.

The five rivers of Punjab are the Ravi, Beas, Sutlej, Chenab and Jhelum.

The other rivers identified for the proposed rejuvenation are the Yamuna, Brahmaputra, Luni, Narmada,Godavari, Mahanadi, Krishna and the Cauvery.

Sources said the Centre had given final touches on ways to implement the work after giving approval to the Detailed Project Reports (DPRs).

DPRs for the rejuvenation of all these rivers have got clearance from the Centre and the operationalisation of the works will be according to the roadmap provided in them.

They have been prepared by Dehradun-based Indian Council of Forestry Research and Education (ICFRE) in consultation with the State Forest Departments of the states concerned.

The proposed outlay in the 23 DPRs is more than Rs 19,342 crore under four major components.

It is estimated that groundwater recharge will be about 1,890 million cubic metre per year.

Also, there will be reduction of sedimentation of 64,83,114 million cubic metre per year, which is likely to benefit the drinking water and irrigation.

Union Minister of State for Jal Shakti Bishweswar Tudu recently said the Centre supplements efforts of the states/UTs for conservation and rejuvenation of rivers by providing financial  assistance to check pollution through the central sector scheme of 'Namami Gange'.

Also, it assists them through the Centrally-sponsored scheme of National River Conservation Plan.