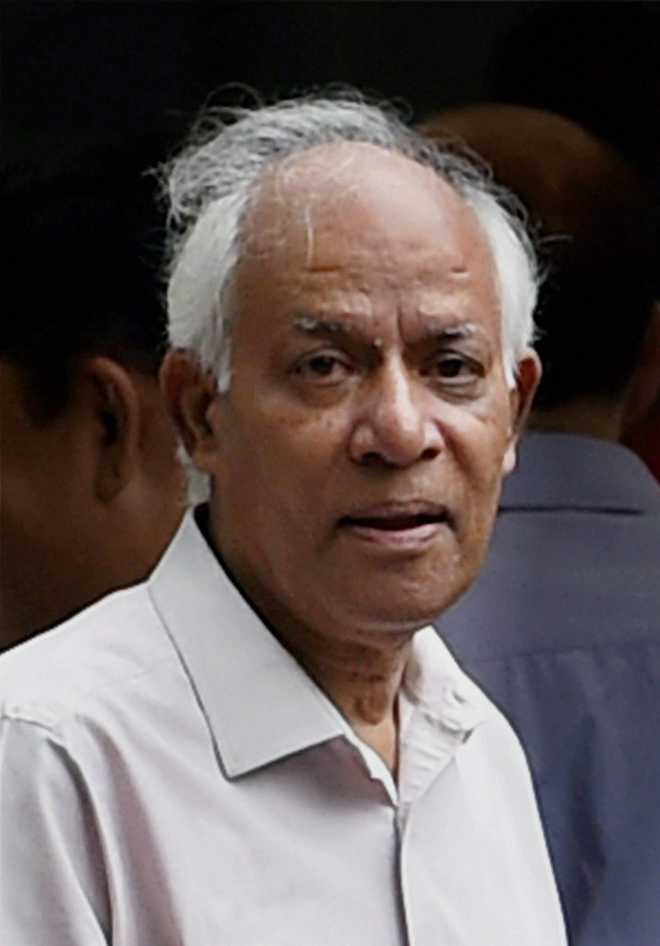 A Delhi court on Monday awarded three-year jail term to former coal secretary HC Gupta in a coal scam case related to irregularities in allocation of a coal block in Maharashtra, a lawyer associated with the case said.

Special Judge Arun Bhardwaj also awarded two-year imprisonment to former joint secretary in the Ministry of Coal (MoC), KS Kropha, in the case and imposed a fine of Rs 50,000, while Gupta was asked to pay a fine of Rs 1 lakh.

The court had convicted both of criminal conspiracy, criminal breach of trust, cheating and corruption in the case related to allocation of Lohara East coal block.

The court, meanwhile, awarded four-year jail term to Mukesh Gupta, the director of the convicted company, Grace Industries Ltd (GIL), for criminal conspiracy and cheating and imposed a fine of Rs 2 lakh on him, while the company was also directed to pay a fine of Rs 2 lakh separately.

Both were convicted of criminal conspiracy and cheating.

The trial of the case was conducted by senior advocate RS Cheema, Deputy Legal Advisor for the CBI Sanjay Kumar and senior public prosecutor AP Singh.

HC Gupta was earlier convicted in three other coal scam cases and his appeal against those convictions is pending before the Delhi High Court. He is currently on bail along with other convicts in the case.

According to the CBI, between 2005 and 2011, the accused hatched a criminal conspiracy and cheated MoC by dishonestly and fraudulently inducing the MoC to allocate Lohara East coal block in favour of GIL on the basis of false information about net worth, capacity, equipment and status of procurement and installation of plant.

The CBI also stated that the company, in its application, claimed its net worth as Rs 120 crore whereas its own net worth was only Rs 3.3 crore, and that the company also falsified its existing capacity as 1,20,000 TPA against 30,000 TPA.

The Supreme Court had on August 25, 2014 cancelled the entire allocations of coal blocks.

This is the 11th conviction in coal scam cases secured by the prosecution.