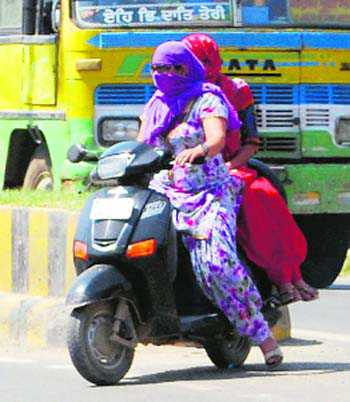 Least did this Delhi girl know that the new Scooty that was gifted to her by her father would became such an embarrassment for her.

The girl named Mansi is being bullied by her neighbours for her Scooty with the number plate bearing registration number DL 3 SEX****.  She says that people around her have started mocking her and the neighbourhood aunties called her shameless (besharam) for riding the Scooty with such a number.

According to a report by DailyO, the girl is a fashion designing student and her father gifted her a scooty on Diwali so that her commute to college would become easier compared to the long hours in the metro. But when she received her vehicle’s plate number, she was subjected to mocking and bullying by  people around her.

“The aunties of my neighbourhood are calling me shameless,” she told DailyO, adding that she is being bullied. Seeing her trouble, when her father requested the two-wheeler seller to change the number, the seller refused his request saying that a lot of people had received similar numbers.

Currently, in Delhi, the identifiers in circulation have the first two letters ‘E’ and ‘X’ in them. Adding them to ‘S’ becomes ‘SEX.’ This also means that anyone if anyone received their two-wheeler plate number in Delhi unless the series is exhausted would end up with these letters.

According to KK Dahiya, Commissioner of Delhi Transport, the allotted number could not be changed as there was no provision. “There is a set pattern that is followed during the process of generating a registered number,” Dahiya told India Today.