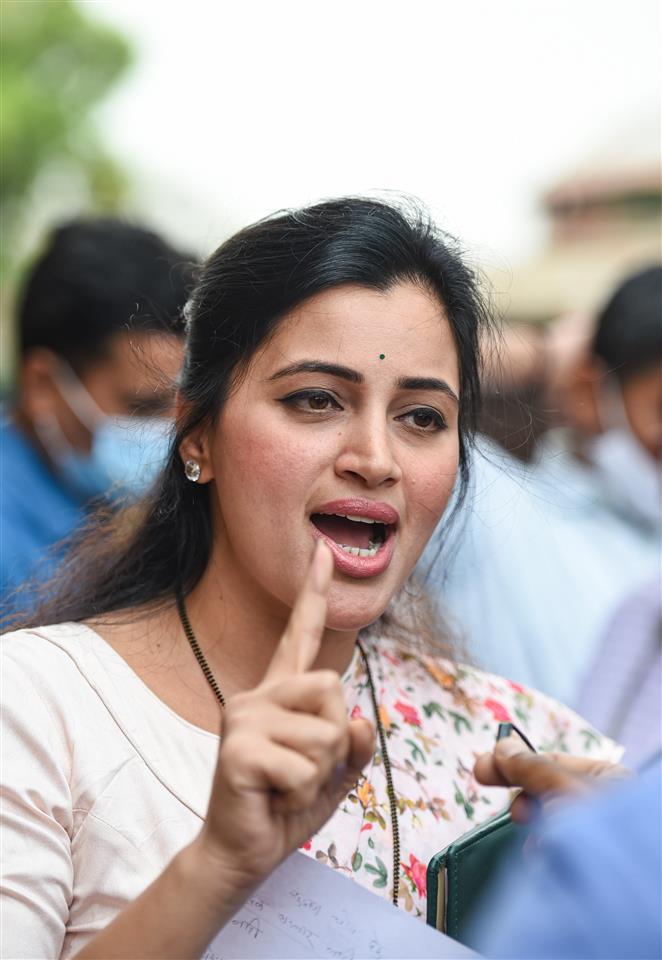 Delhi Police have registered an FIR a day after Independent Lok Sabha MP Navneet Rana, who was recently granted bail by a Mumbai court in connection with Matoshree-Hanuman Chalisa case, filed a complaint alleging that she had received multiple life threatening calls, officials said on Thursday.

Deputy Commissioner of Police (New Delhi) Amrutha Guguloth said the FIR had been registered at the North Avenue police station under Sections 506 (punishment for criminal intimidation) and 509 (word, gesture or act intended to insult the modesty of a woman) of the Indian Penal Code.

Rana had filed the complaint with Delhi Police on Wednesday.

According to the complaint filed by her personal assistant, the MP had received 11 calls on Tuesday from 5.27 pm to 5.47 pm on her personal mobile number.

The person on the other end spoke to her in a very inappropriate way, abused her and also threatened that if she came to Maharashtra, she would be killed, the complaint said.

The caller threatened the Amravati MP that "if you recite Hanuman Chalisa again, you would be killed", the complaint stated.

The complaint further said that Rana was traumatised.

In April, Navneet Rana and her MLA husband Ravi Rana had announced that they would recite Hanuman Chalisa outside Matoshree, the private residence of Maharashtra Chief Minister and Shiv Sena president Uddhav Thackeray in Mumbai.

On April 23, they were arrested by the Mumbai police on charges of sedition and promoting enmity among communities for their insistence on chanting the Hanuman Chalisa outside Matoshree.

On May 4, the two lawmakers were granted bail by a Mumbai court.