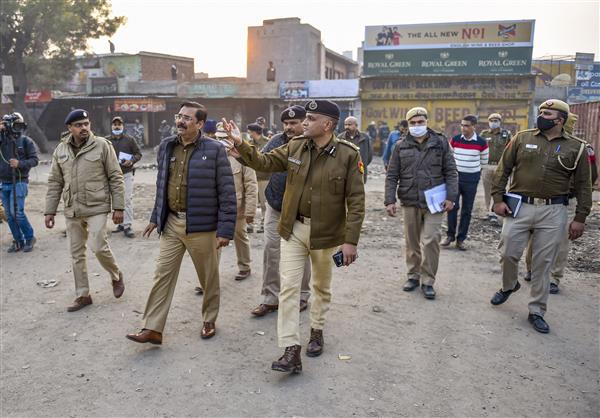 Over 300 social media handles are also under scanner. PTI

Investigating the 'toolkit document' uploaded on a social media handle, which the Delhi Police believe scripted the January 26 violence in the capital, the police are now writing to Google to know the IP address from where the toolkit was uploaded.

Over 300 social media handles are also under scanner. This means the Delhi Police have a new front to tackle now, the virtual social media accounts and the probe has gone 'International'.

"The intention of the creators of the tool kits appears to create disharmony among various social, religious and cultural groups and encourage disaffection and ill-will against the government of India. It also aims at waging social cultural and economic war against India," Delhi police said in a statement.

Preliminary enquiry has revealed that the 'toolkit' in question appears to have been created by a pro-Khalistani Organisation "Poetic Justice Foundation".

"A section of the documents titled "prior action" delineates the following action plan, digital strike through hashtags on or before 26th January, Tweets storm 23rd January onwards, Physical action on 26th January, Watch-out or join farmers' march into Delhi and back to borders," it said.

The police believe that the unfolding of events past few days including the violence of 26th January has revealed copycat execution of the 'action plan' detailed in the toolkit.

Though the Delhi police believe it to be an "international conspiracy" to defame the country it refrained from naming anyone into the FIR registered under sections 124-A, 153-A, 153 and 120-B IPC and would be investigated by the Cyber Cell.

This means that the Cyber Cell of Delhi Police which is already investigating various social media handles within the county for January 26 violence from posting fake or malicious information to violent posts has now expanded its reach and has an additional responsibility of tackling the foreign handles on Twitter and Facebook.