With the fresh cases, the national capital’s cumulative tally has risen to 8,53,460 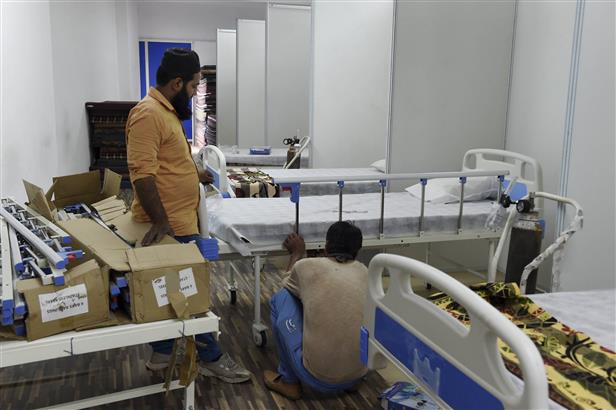 Workers prepare beds at a Covid care centre inside the CWG village, as coronavirus cases surge in New Delhi. PTI

Delhi on Sunday reported 25,462 COVID-19 cases, the highest single-day spike in the national capital till date, according to data shared by the Health Department.

The city also reported 161 deaths, while the positivity rate shot up to 29.74 per cent, also the highest so far.

With the fresh cases, the national capital’s cumulative tally has risen to 8,53,460. The death toll stands at 12,121, according to the latest bulletin.

So far, over 7.66 lakh patients have recovered in Delhi, it added. The number of active cases in the city increased to 74,941 from 69,799 the day before, the bulletin stated.