Despite chill in bilateral ties, Pakistan to attend SCO counter-terror drills in India : The Tribune India 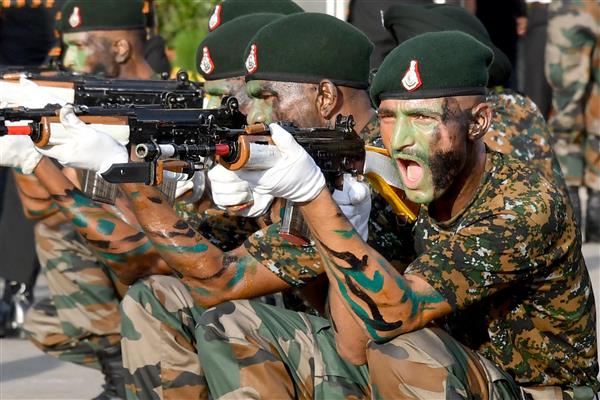 Pakistan will attend the counter-terrorism drills hosted by India under the ambit of the Shanghai Cooperation Organisation (SCO) in October, despite a chill in bilateral ties, a media report said on Saturday.

While Pakistani and Indian military contingents have taken part in counter-terrorism exercises together, this will be the first time that Pakistan will be attending such drills in India, The Express Tribune newspaper reported.

"Yes, there will be exercises under the ambit of SCO RATS (Regional Anti-Terrorism Structure),” the spokesperson said, adding that India was chairing the SCO RATS this year.

“These exercises are scheduled to be held in India in Manesar in October, and as Pakistan is a member, we will participate,” he said.

“At what level, I think when we approach that, we will let you know," the FO spokesperson added.

The exercise scheduled to be held in Manesar in Haryana will see participation from Russia, China, Pakistan, Iran, Kazakhstan, Kyrgyzstan, Tajikistan, and Uzbekistan, besides India.

India and Pakistan, under the banner of the SCO are part of the nine-member Beijing-based regional body.

The move is termed to be significant given the tensions between India and Pakistan after New Delhi abrogated Article 370 of the Constitution to revoke the special status of Jammu and Kashmir on August 5, 2019. India's decision evoked strong reactions from Pakistan, which downgraded diplomatic ties and expelled the Indian envoy.

India has repeatedly told Pakistan that Jammu and Kashmir “was, is and shall forever” remain an integral part of the country. India has said it desires normal neighbourly relations with Pakistan in an environment free of terror, hostility, and violence.