Terming the killing of a judge as the rarest of the rare crime, CBI counsel sought death sentence for both 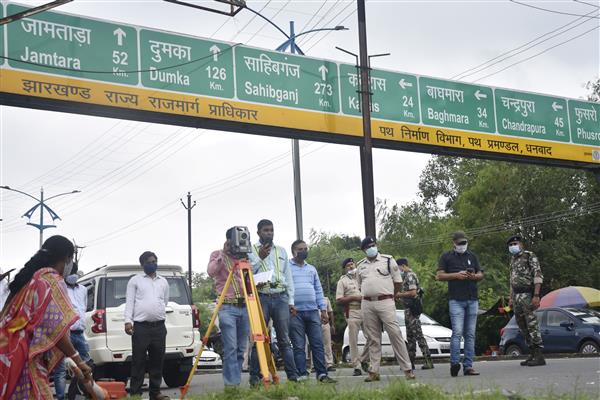 A special CBI court in Jharkhand on Saturday sentenced an autorickshaw driver and another person to life imprisonment in connection with the murder a Dhanbad court judge last year.

Besides imprisonment till death, the bench slapped a fine of Rs 20,000 on both convicts under IPC Section 302 (murder).

The CBI judge also sentenced the duo to seven years in jail and imposed Rs 10,000 fine on each under IPC Section 201 (causing disappearance of evidence of offence, giving false information to protect offender).

Both the sentences will run concurrently.

Anand was hit by a heavy autorickshaw on July 28 last year at Randhir Verma Chowk close to district court while he was on morning jog at around 5.30 am. He died on the same day.

Terming the killing of a judge as the rarest of the rare crime, CBI counsel Amit Jindal sought death sentence for both. He also submitted that they committed the crime intentionally.

Defence lawyer Kumar Bimelendu told reporters that the judge’s death was accidental and the CBI “concocted the murder theory”. The verdict will be challenged in a higher court.

Trial in the murder case began in February. The court had registered statements of 58 witnesses during hearing.

CCTV camera footage showed that the judge was jogging on one side of a fairly wide road at Randhir Verma Chowk in Dhanbad when the three-wheeler veered towards him, hit him from behind and fled the scene.

An SIT was initially formed to probe the matter, but the Jharkhand government later handed over the case to the Central Bureau of Investigation (CBI).