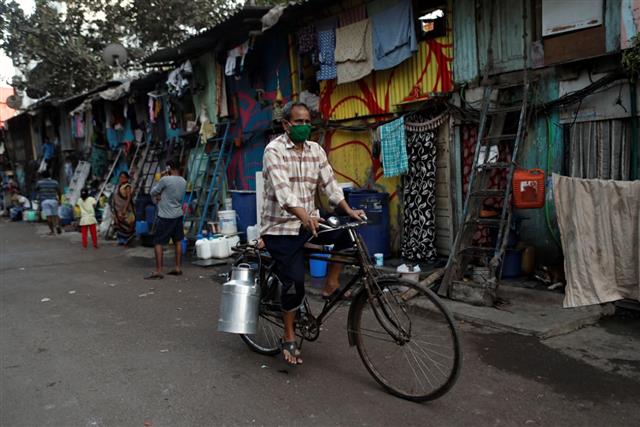 As 23 more people tested coronavirus positive, the tally of such cases in Dharavi, Mumbai’s biggest slum sprawl, rose to 1,872 on Thursday, a senior official of the Brihanmumbai Municipal Corporation (BMC) said.

However, as no COVID-19 fatality was reported in Dharavi in the last 24 hours, the death toll there remained unchanged at 71, the official said.

Dharavi is located in G-North administrative ward of the BMC, which has so far registered the highest number of 2,820 COVID-19 cases among all the 24 wards. Of them, as many as 1,872 cases are from Dharavi alone, followed by 574 and 347 cases from Mahim and Dadar, respectively, from the same ward.

Dharavi is one of the biggest slums in Asia where nearly 15 lakh people live in small shanties, making it one of the most congested areas of the metropolis. PTI