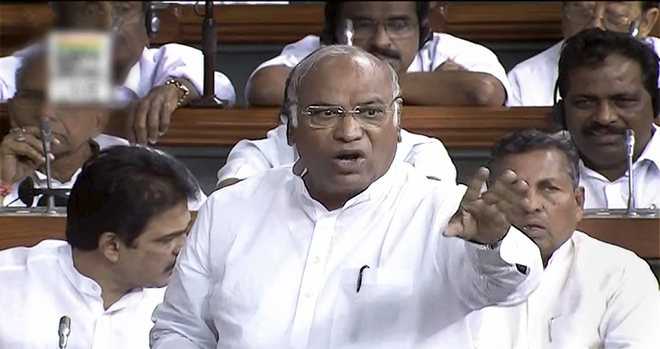 Veteran Karnataka leader Mallikarjun Kharge appears set to file his nomination on Friday for election to the Congress president ahead of the 3pm deadline.

Another contender Digvijaya Singh met Kharge at the latter’s residence on Friday.

Kharge later met AICC general secretary organisation KC Venugopal at the latter’s residence giving weight to talk that Kharge has the blessings of the Gandhis.

Kharge is being seen as a consensus face after Rajasthan Chief Minister Ashok Gehlot opted out of the race and chose to stay as chief minister.

If he files his nomination, Kharge could resign as Leader of Opposition in Rajya Sabha under the party’s ‘one person one post’ rule which might go to another veteran with Digvijaya Singh’s name doing the rounds for the same.

Kharge is expected to file papers at noon. Shashi Tharoor and Digvijaya Singh will also file papers on Friday.

The nomination process starts at 11am until 3pm. This is the first election in Congress in 22 years.

Also this election is witnessing a contest of non-Gandhis for the first time since 1997 when Sitaram Kesri became party chief defeating Sharad Pawar and Rajesh Pilot.

The same resolution requested Sonia Gandhi to accept the role of party chief.

She has been president since barring a brief spell from 2017 to 2019 when Rahul Gandhi was at the helm.

Meanwhile, Manish Tewari has batted for consensus. In a tweet, he quotes a paragraph on Pranab Mukherjee from a Tribune report on how consensus has been the norm for the Congress presidential poll.