No signs of 'overt collusion' between China and Pakistan during Ladakh standoff, says Gen Naravane 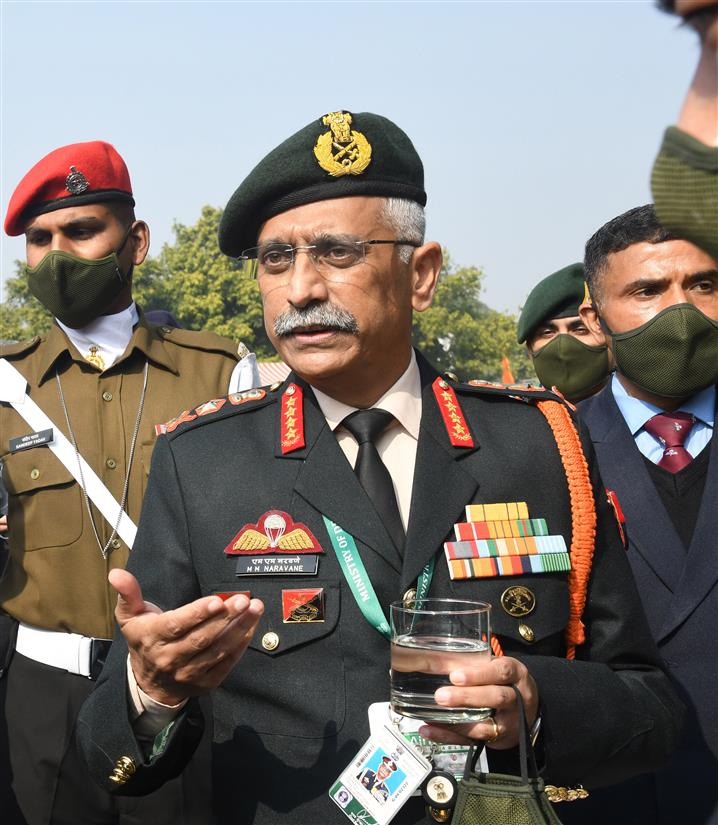 The disengagement of armies of India and China from north and south banks of Pangong Tso is a “very good end result” and a win-win situation for both the sides, Army Chief Gen M M Naravane said on Wednesday, stressing that there are strategies in place to address other pending issues in eastern Ladakh.

He said there were no signs of an “overt collusion” between China and Pakistan during the Ladakh standoff but India also caters to a long term strategy for not a two, but a two-and-half front war. With the half front, he was referring to the internal security.

He said right from the beginning of the standoff, all sides on the Indian side worked together.

Be it at the political level, Defence Minister Rajnath Singh and External Affairs Minister S Jaishankar spoke to their Chinese counterparts, he said.

“We were all in it together. We had our plan chalked out which we had discussed on what should be the way forward. Whatever has panned out, has happened as a result of that. What we have achieved so far is very good,” Naravane said at a webinar organised by Vivekanada International Foundation.

The advice which was given by National Security Adviser also came in extremely handy and his insight into strategic level affairs definitely helped us chalking out the response, the Army chief said.

“As a result of this whole approach, this disengagement has taken place. I think it is a very good end result. It is a win-win situation. For any agreement to last, both sides should feel that they have achieved something. I think a good outcome that has resulted out of the 10 rounds of talks which have taken place so far,” he said.

Last week, armies of the two countries concluded withdrawal of troops and weapons from north and south banks of Pangong Tso in the high-altitude region.

“...But we have our strategies in place for that. Do we have anything to negotiate in future? Yes, definitely we have. But I would not, of course, for obvious reasons, what those strategies would be to further and progress our negotiations and come out with a favourable outcome.” PTI