DM apologises over ‘dumping’ of homeless people outside Indore 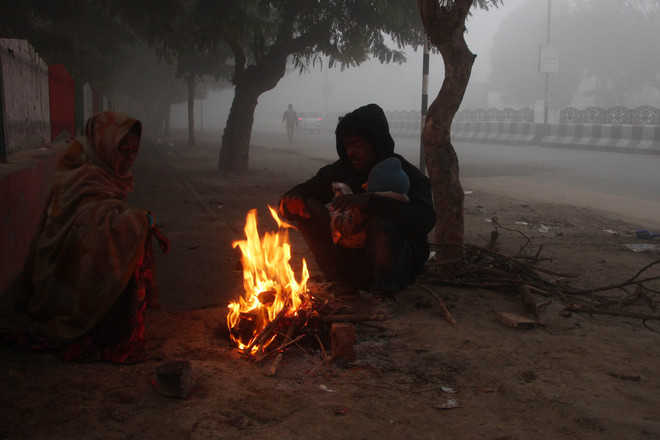 Indore District Magistrate Manish Shukla on Sunday said he has apologised to God for the local administration’s action of dumping homeless people outside the city amid the cold weather, which led to public outrage.

Congress general secretary Priyanka Gandhi Vadra has also criticised the incident, terming it a “blot on humanity”, while actor Sonu Sood, who came into the spotlight for helping migrants return to their homes amid the COVID-19 lockdown last year, urged Indore residents to help the homeless people.

Facing flak over the incident which took place on Friday, District Magistrate Singh, while attending a religious event at a Ganesh temple in Khajrana area here on Sunday, said he apologised to God on behalf of the administration.

“Whosoever might have been at fault in this incident, but we are officers and we can’t run away from our responsibility. Hence, we prayed to God to forgive us for our mistakes,” Singh told reporters.

On Friday, Chief Minister Shivraj Singh Chouhan suspended an Indore Municipal Corporation (IMC) official after videos of homeless people being driven out of the city and dropped near a village went viral on social media.

The civic body has also removed two temporary employees from the job.

The incident has taken place at a time when the administration of Indore, which has won the country’s ‘cleanest city’ tag four times in a row, is making all efforts to keep the city neat and tidy to win the ‘Sawchh Sarvekshan 2021’.

In a Twitter post on Saturday, Priyanka Gandhi Vadra said it was a “blot on humanity” and sought action against the officials who ordered such an action.

Sood in a video message on Saturday appealed to residents of Indore to come forward and help the homeless people get a roof on their heads.

When contacted, Additional Municipal Commissioner Abhay Rajangaonkar told PTI on Sunday that, “We are conducting a detailed investigation into the incident. All facts will come to light after the inquiry.”

Around 2.30 pm on Friday, some municipal workers brought eight to 10 people, who were homeless and looking weak, in a truck and dropped them near Shipra village outside the city, said Rajesh Joshi, who runs a tea stall in the village and recorded the incident on his mobile phone.

They were forcibly taking out these people, including two women, from the truck, Joshi said.

“When I started recording it, some municipal workers said they were dropping these people here (in the village) following a government order, as they were dirtying the city,” he claimed.

After villagers protested, the IMC staff took those people back to the city, he said.

In the video, these elderly people, including some who were unable to walk properly, were seen sitting dejected along a roadside. Their belongings tied in rags were also seen scattered around.

“After the villagers protested, they brought back only four of them and lodged them in a shelter home. Where are the other 11? They were possibly dropped between the village and the city during return,” Shukla said.

The MLA said they have complained to police about this.

However, IMC’s Additional Commissioner Rajangaonkar claimed that only six elderly people were taken out of the city and they were brought back.

“Out of them, three were lodged in a shelter home, while three others, after alighting from the truck, left on their own will,” he said.

As many as 10 shelter homes are being run in the city where homeless people are being sent to protect them from the biting cold, officials said.

As of now, only 76 people are staying in these shelter homes, they said.

Many homeless people do not stay in these shelter homes as these places do not have facilities for food, they added. —PTI

Businessman, I-T inspector among those booked by CBI for allegedly claiming fraudulent tax refunds of over Rs 263 crore