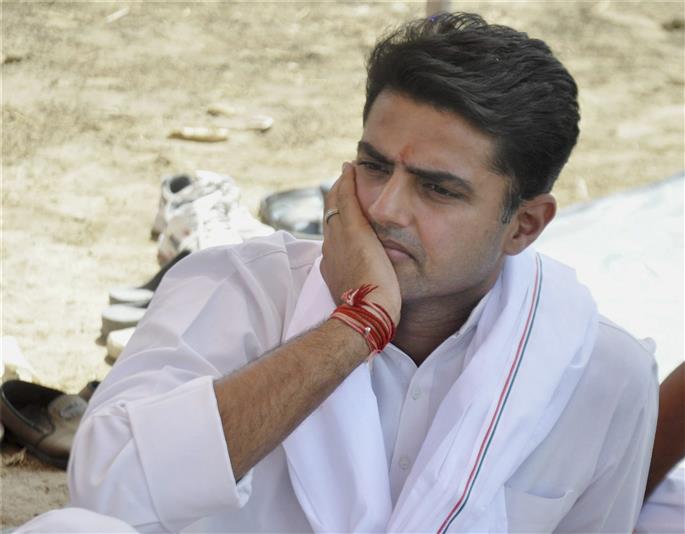 The BJP today said the ongoing tussle in the Rajasthan Congress was “an internal matter of the party in which it has no hand whatsoever”. However, party leaders said the “doors are not closed” for Chief Minister Ashok Gehlot’s bête noire Sachin Pilot.

Senior BJP leader Satish Poonia, who along with Gajendra Singh Shekhawat, Vasundhara Raje and Kailash Choudhary is believed to be one of the contenders for the CM post if the party comes to power, was quoted as saying that “doors are not closed for Pilot. If such a situation arises (Pilot decides to join BJP), the central leadership will take a call”. BJP spokesperson RP Singh, meanwhile, said the crisis was “all about dynastic politics”. “Sonia Gandhi, Rahul Gandhi and Priyanka Vadra’s presidential nominee has openly rebelled against the Delhi dynasty to secure the future of his son Vaibhav Gehlot. Ashok Gehlot knows his son will be marginalised with Sachin Pilot becoming the CM of Rajasthan,” Singh said.

The Rajasthan political crisis erupted against the backdrop of the Congress holding its first presidential elections in 22 years. Though two non-Gandhi candidates Ashok Gehlot and Shashi Tharoor were projected as the contenders, saffron leaders have been calling it a sham from day one. Sources said Gehlot might “pull himself out or be pulled out of the race”.

Amid the prevailing circumstances, observers added that nothing would suit the BJP better than one of the Gandhis, especially Rahul Gandhi, taking over as party president. “To make gains, the BJP will not like to lose the opportunity to hit out at the Congress using Rahul Gandhi as a tool,” they added.