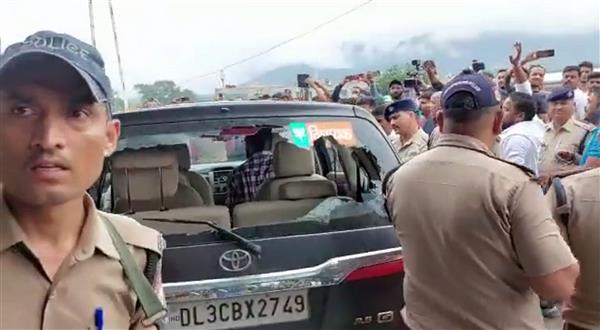 The family of a 19-year-old woman receptionist who was killed in Uttarakhand allegedly by her employer refused on Sunday to conduct her last rites until they get the final post-mortem details, even as a preliminary report said she died due to drowning.

The draft report released by the All India Institute of Medical Sciences, Rishikesh, also said ante-mortem injuries (injuries before death) have been found on Ankita Bhandari's body, suggestive of a blunt force trauma. However, she died of drowning, said the preliminary report.

Bhandari's body was recovered from the Cheela canal near Rishikesh early on Saturday, six days after her parents found her missing from her room.

The post-mortem was conducted by a four-member team of doctors at AIIMS on Saturday.

The details of injuries and other findings will be given in the final report, said the draft.

Ankita's father and brother on Sunday refused to perform her last rites until they get the final post-mortem report.

"I am not satisfied with the provisional post-mortem report. Her last rites will not be performed until we get the final detailed report," said her father.

Her brother said the provisional report is lacking detail.

They also spoke against the demolition exercise carried out at the resort where she was working as a receptioninst. "It may be an attempt to destroy evidence," said the brother.

Pulkit and two other employees have been arrested in the case.