DRI seizes foreign-origin gold worth over Rs 33 crore from Mumbai, Patna and Delhi : The Tribune India

DRI seizes foreign-origin gold worth over Rs 33 crore from Mumbai, Patna and Delhi 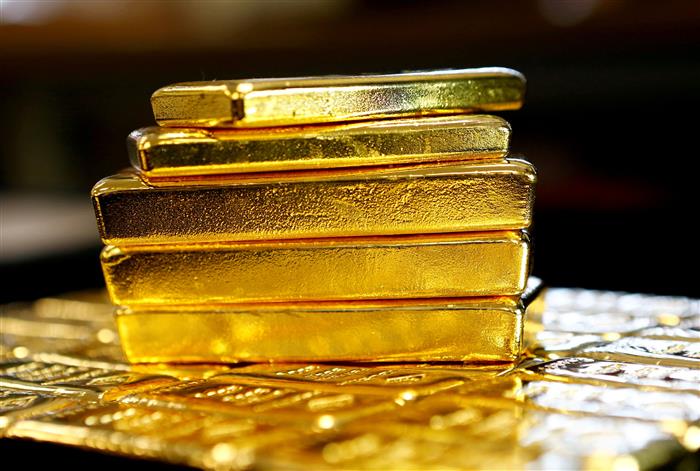 The Directorate of Revenue Intelligence (DRI) has seized gold worth more than Rs 33 crore from Mumbai, Patna and Delhi, which was smuggled from neighbouring countries, according to an official statement issued on Wednesday.

Specific intelligence indicated that a syndicate is actively planning to smuggle foreign-origin gold from Mizoram and using domestic courier consignment of supply chain and logistic company, it said.

Continuing the streak of significant seizures, the DRI seized 394 pieces of foreign-origin gold bars weighing approximately 65.46 kg and valued at Rs 33.40 crore, which were being smuggled from neighbouring north-eastern countries, the statement said.

In order to interdict the contraband, “Op Gold Rush” was launched by the DRI and a particular consignment declared to contain “personal goods” destined to Mumbai was intercepted.

Examination of the consignment at Bhiwandi (Maharashtra) on September 19, 2022, led to recovery and seizure of 120 pieces of foreign-origin gold biscuits weighing approximately 19.93 kg and valued at about Rs 10.18 crore, said the statement issued by the Finance Ministry.

Further analysis and investigation revealed that two other such consignments, sent by same consignor from same location to same consignee, destined to Mumbai and in transit, were despatched through the same logistics company.

“The location of the consignments was traced. The second consignment was located and intercepted in Bihar. Upon examination at the warehouse of the logistics company, it led to recovery of 172 foreign-origin gold bars weighing approximately 28.57 kg and valued at about Rs 14.50 crore,” it said.

Similarly, the third consignment was intercepted and examined at the Delhi hub of the logistics company which led to recovery and seizure of 102 pieces of foreign origin gold bars weighing approximately 16.96 kg and valued at about Rs 8.69 crore, the statement said.

These series of detections have helped unearth novel modus operandi of smuggling foreign-origin gold into India and through domestic courier route of logistics company, it said.

Such detections reinforce DRI’s ability to detect and combat unique and sophisticated methods of smuggling, the statement said.