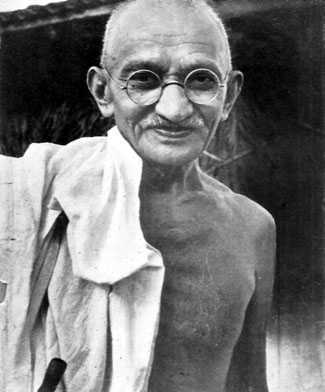 Dutch Minister of Justice and Security Ferdinand Grapperhaus on Friday praised the Indians living here as the best integrated communities in the Netherlands as he participated in the celebrations to mark Mahatma Gandhi’s 151th birth anniversary organised by the Indian Embassy, according to an official communique.

Addressing a large online audience, Grapperhaus said that Gandhi, the man who brought the British empire to its knees, showed that a violent oppressor could be defeated by means of peaceful protest, patience and dialogue.

Grapperhaus described them as modest, positive and forward thinking.

“Gandhi’s teachings are alive and well in the world and the principle of non-violence is firmly anchored in our society. We must cherish this principle and on this special day celebrate,” the minister said.

Besides him, mayor of The Hague Jan van Zanen also participated in the ‘International Day of Non-Violence’ celebrations in cooperation with Stichting Standbeeld Mahatma Gandhi.

The event was the grand finale in the Netherlands of two years of activities to celebrate Gandhi’s 150th birth anniversary which was last year.

The mayor said the name of the champion of non-violence Gandhi will always be linked to The Hague — the international city of peace and justice.

He described the statue of Gandhi in The Hague as a monument which pays homage to the Father of India and commemorates Surinami-Hindustani immigration, the statement said.

The mayor said that Gandhi remains an inspiring example to all nations and generations.

In 2007, the United Nations declared Gandhi’s birthday, October 2, as the International Day of Non-Violence and called upon countries and people across the world to spread his message of non-violence.

Ambassador of India to the Netherlands Venu Rajamony said that what Gandhi achieved through non-violence was unparalleled.

Talking about the relevance of Gandhi’s message to the post COVID-19 world, Ambassador Rajamony stressed on the need to invest in health and education.

He also highlighted the importance of helping each other without fear and discrimination, and in particular taking care of the poor and under-privileged.

Other celebrations to mark the 151st birth anniversary of Gandhi in the Netherlands included garlanding of Gandhi statues in The Hague, Amsterdam, Utrecht and Zoetermeer, with members of the public paying tributes by placing flowers at the feet of the statues as a mark of respect amidst speeches and singing of favourite songs of Gandhi.

A “Follow the Mahatma” campaign to disseminate Gandhi’s message of non-violence to school children was also conducted by the Embassy and the Gandhi Non-Violence Foundation, the statement said.

Around 550 students from six schools were visited by the volunteers. Through lectures and interactive sessions, volunteers educated students about the life of Gandhi and how India won freedom through a non-violent movement, it said.

These events, conducted under strict COVID-19 guidelines, were the culmination of the two years of celebrations to mark the 150th birth anniversary of Gandhi, the statement added. PTI