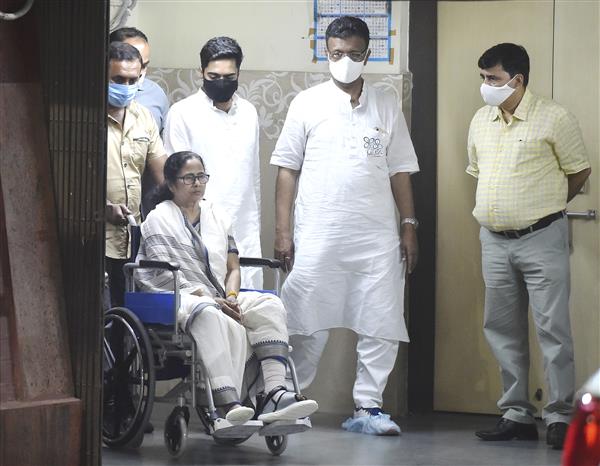 Countering the allegations levelled against the poll panel by West Bengal Chief Minister Mamata Banerjee for working at the behest of Union Home Minister Amit Shah, Deputy Election Commissioner Sudeep Jain wrote to the TMC supremo asking her to refrain from making assertions, as “repeated innuendos and averments” only belittle the institution of the ECI.

Clarifying further the poll panel’s position, Jain in the letter said, “Commission maintains the position that they would not like to keep on being put in the dock for alleged proximity to any political entity. However, if the Hon’ble CM persists in creating and attempting to perpetuate this myth for reasons best known to her, it is singularly, unfortunate and it is only for Hon’ble CM to adjudge as to why she is doing so.”

Launching a scathing attack on the Union Home Minister, Banerjee on Tuesday said at a rally in Purulia that he is hatching a conspiracy to harass TMC leaders ahead of the Assembly elections in the state and wondered whether the Election Commission is working as per his instructions.

The letter to the TMC leader, Jain, who is also Commissioner in-charge of West Bengal, noted that the Commission had met representatives of her party on four occasions in Delhi and Kolkata.

“...if it is stated by Hon’ble CM that the Commission should meet political parties, it is only an attempt to belittle the institution of Commission with repeated innuendos and averments.”

Last week, Banerjee was injured while campaigning for the ongoing Assembly elections in Nandigram. The EC had concluded that the then-Director Security Vivek Sahay had failed to stick to the approved route plan; preventing frequent changes in the plan; persuading the Z+ protectee, that is Banerjee, to travel in a bullet-proof car; and persuading her from removing the seat belt, opening the door and standing on the footboard of the moving car, Jain gave details of the turn events in the letter.

It added that the Chief Secretary, in consultation with the DGP, had posted IPS officer Gyanwant Singh in place of Sahay. “Chief Secretary would have consulted you/got the approval on file being Hon’ble Chief Minister and Home Minister before issuing the orders of posting Gyanwant Singh. If the Government of West Bengal and you feel sanguine of the appointment of Director Security, the Commission has already accepted this arrangement,” the letter stated.