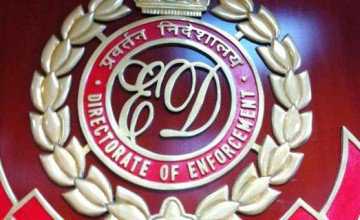 The Enforcement Directorate (ED) has been conducting raids at the office and home of social activist and former IAS and member of the Sonia Gandhi-led National Advisory Council (NAC) during the UPA regime in connection with a money laundering case.

Sources in the ED said, the Central financial probe agency registered a case under the Prevention of Money Laundering Act (PMLA) based on an FIR registered by the Delhi Police against Mander and an NGO, Equity Studied, linked to him.

The officials said raids are being conducted at Mander’s Vasantkunj residence and the Centre for Equity Studies in Adhchini, New Delhi.

Mander’s family sources said he and his wife left for Germany last night for a nine-month fellowship, which the activist has earned there. The Robert Bosch Academy in Berlin will be hosting Mander for nine months as part of a fellowship they have offered to him.

Sources said no one was at Mander’s house when ED officials came in and the activist’s daughter, who is also based in Delhi, then arrived.

Mander had started Karwan-e-Mohabbat, a civil society initiative for solidarity and atonement, in 2017. It comprises writers, journalists, human rights activists, lawyers and volunteers, who travel across the country to meet families, who have suffered due to hate violence and lynching.

The Karwan first started its journey in September 2017 to Assam. It has since then made 21 journeys across 12 states.