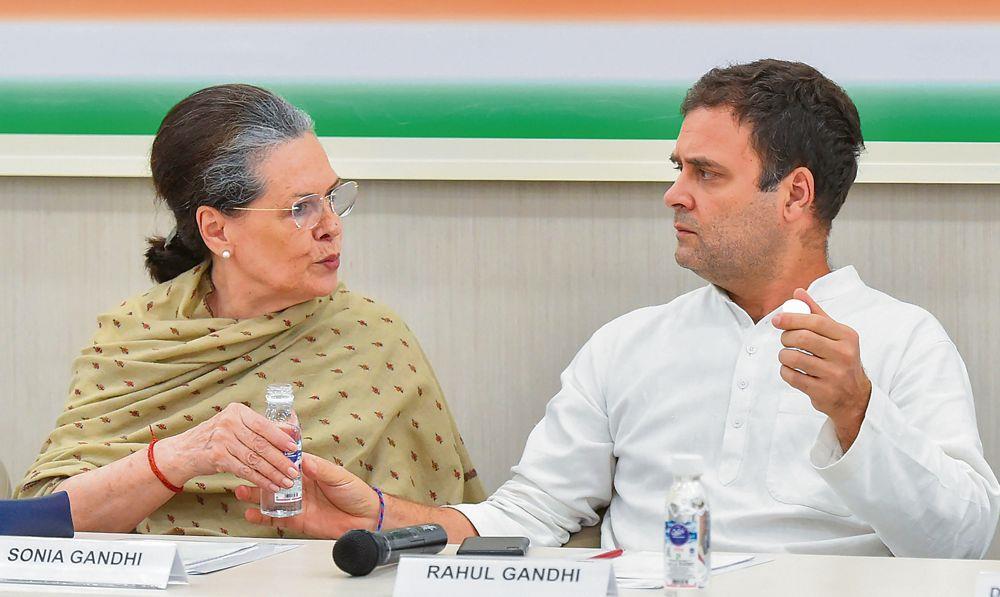 The Enforcement Directorate has summoned Congress president Sonia Gandhi and her son Rahul Gandhi for questioning in the National Herald money laundering case linked to a 2012 private complaint filed by BJP’s Subramanian Swamy in a Delhi court.

Terming the summons as “political vendetta meant to divert attention from pressing national issues”, the Congress said Sonia would appear before the ED as summoned on June 8.

Rahul, summoned for Thursday, has sought extension for any day after June 5, party general secretary Randeep Surjewala said, calling the development a “cowardly conspiracy”. He said the “entire party would stand by the Gandhis, fight and win this attack on the country’s democracy”.

Sonia and Rahul Gandhi maliciously acquired assets of AJL. It is a case of cheating and breach of trust. — Subramanian Swamy, BJP

The matter that the Congress described as “a weird case of money laundering in which no money was involved” relates to Swamy’s allegations that the Gandhis formed a shell company called Young Indian to illegally acquire assets of National Herald newspaper worth Rs 2,000 crore. The assets belong to AssociatedJournals Limited (AJL), a firm that published National Herald, founded by India’s first Prime Minister Jawaharlal Nehru in 1938.

Swamy’s case is that the newspaper closed down in 2008 after a Rs 90.25 crore Congress loan failed to revive it and in 2010, a new company called Young Indian, with Sonia and Rahul Gandhi as directors, was incorporated with just Rs 50 lakh, but with rights to recover Rs 90.25 crore debt.

“It is an open and shut case, with Sonia and Rahul Gandhi owning 80 per cent shares of Young Indian. They maliciously acquired assets of AJL. It is a case of cheating and breach of trust,” Swamy again alleged today.

With Sonia and Rahul Gandhi on bail in the matter since December 2015, the Congress asked why the ED took so long to act, having even closed the case in August 2015 for want of substantive evidence.

Days after the decision to shut the case, the then ED Director Rajan Katoch was removed and the case reopened later. “Here is a strange case of alleged money laundering without money. There is AJL, which over the years published National Herald but commercially could not succeed... So, the Congress gives Rs 90 crore as financial support. This makes AJL an indebted company and, like other companies would do, AJL converts its debt into equity. The Rs 90 crore debt is assigned to a new not-for-profit company called Young Indian, which by definition cannot give dividends to shareholders or directors nor can make profits. Young Indian just holds AJL shares while AJL continues to hold profits as earlier,” senior lawyer and Congress leader Abhishek Manu Singhvi said.

The summons to the Gandhis are meant for questioning under the PMLA provisions. Priyanka Gandhi Vadra said the Congress would not budge, bend or buckle.