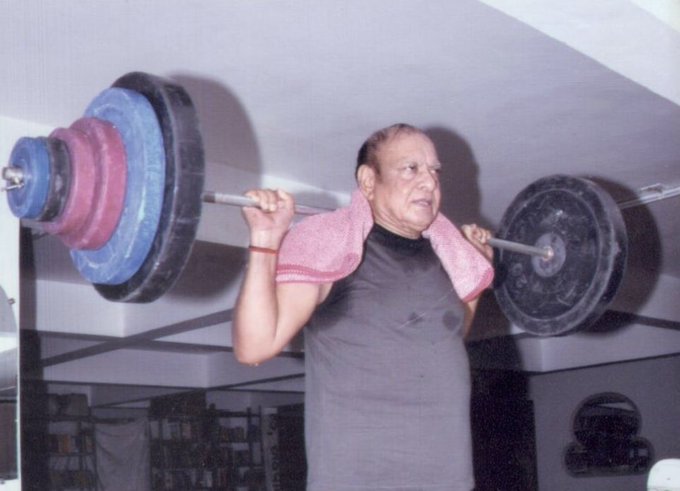 Octogenarian politician Shankersinh Vaghela, who recently got treated for coronavirus infection, posted photographs on his Twitter account which show why he could easily beat the global pandemic within days. On his Twitter post, he is seen lifting heavy weights and jogging, which has inspired young and old alike.

Shankersinh Vaghela, 81, fondly known as 'Bapu' by his followers, recently posted the pictures showing him lifting weights and jogging, which went viral within moments.

He also shared a video showing him doing bench-presses with the heavy barbell and chest pullovers with heavy dumbbells. The pictures also show heavy barbell curls and shoulder presses by Bapu. The caption in Gujarati says, ''Body fit with mind fit makes life a hit''.

Vaghela, the former Nationalist Congress Party (NCP) general secretary and also former Leader of the Opposition Congress in the Gujarat assembly, was under treatment for coronavirus infection for a week at Sterling hospital in Ahmedabad. He was discharged within a week.

After returning to his residence 'Vasant Vagdo' in Gandhinagar, he started exercising. Following the posts by him, the social media users went viral, lauding him for his fitness and zeal and congratulated him for inspiring others to be fit. IANS